Above is a new video I've just made, entitled "Descending into Darkness."

The video explores celestial aspects of Revelation chapter 9, in which the bottomless pit is opened, and the constellations and region of the sky which it is describing, as well as its connections to other mythological themes relating to the same heavenly features, and some aspects of the profound message these myths may be trying to convey to our understanding.

I hope you will enjoy it, share it with anyone who may find it to be helpful, and investigate some of the concepts it is discussing.

Previous posts which relate to some of the themes examined in "Descending into Darkness" include:

Posted by David Warner Mathisen at 10:42 AM

90 years after the birth of Dr. Martin Luther King, Jr., it is up to us to continue his work towards creating a society where "the achievements of the human mind and heart would be limitless" 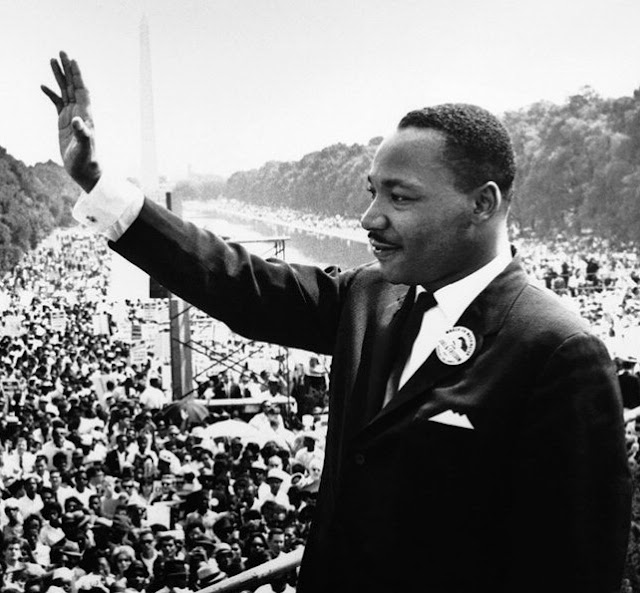 As everyone knows, Martin Luther King, Jr. was a towering champion of justice, democracy and human dignity, and a courageous and tireless opponent of oppression, racism, segregation, poverty and colonialism.

In a text he wrote in 1961, entitled "After Desegregation, What?" speaking of those involved in the movement on college campuses against segregation, he declared:

The problem is not merely a racial one, with Negroes set against white; rather, it is a tension between justice and injustice. Therefore, their movement is not aimed against oppressors but against oppression.

In his participation in the 1963 March on Washington for Jobs and Freedom, he stood against segregation -- and also for full employment.

His message was not just against the oppressive structures of racism and oppression, but also included a positive vision of creating a society in which men and women could attain their full potential, and "the achievements of the human mind and heart would be limitless" (see "After Desegregation, What?" page 7).

This focus on the positive was absolutely essential to Dr. King's message and plan of action. Indeed, in the same text he declares:

This constructive program is a basic part of any genuine non-violent movement, for non-violence is essentially a positive concept. Its corollary must always be growth. Without this broad range of positive goals, non-cooperation ends where it begins (5).

This same message can be heard very clearly in one of his very first public speeches calling for a stand against injustice, at the mass meeting of the Montgomery Improvement Association in December of 1955, in which he pointed to the unjust arrest of Rosa Parks for refusing to relinquish her seat on a public bus, and called for a non-violent boycott of the buses of the city and municipality.

We are here, we are here this evening, because we're tired now. And I want to say that we are not here advocating violence. We have never done that. [. . .] The only weapon that we have in our hands this evening is the weapon of protest.

The power of that message was such that it woke people up, around the country and around the world, in a way that violence never could have done.

But it is now up to us to heed his message and continue his work, to prove that justice is stronger than violence. 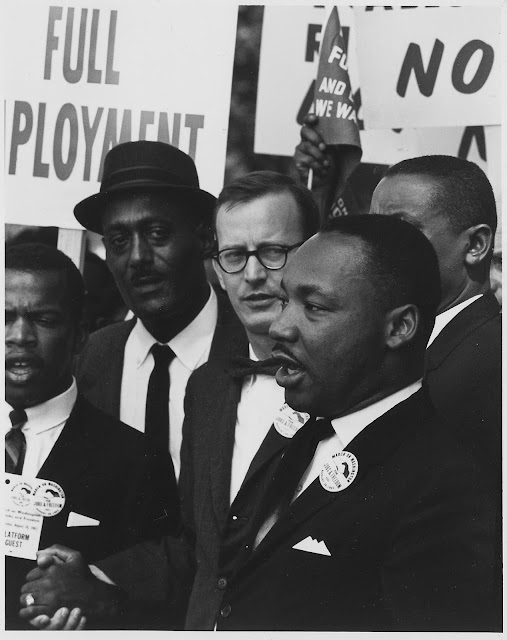 嫦娥 visits the far side of the Moon 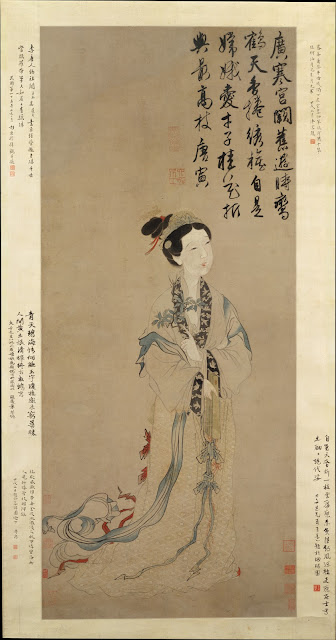 
Congratulations to the people of China, whose space program appears to have successfully landed a spacecraft on the far side of the moon, which has never been done before.

The mission and craft are known as the Chang Er 4, named after the immortal moon goddess 嫦娥 whose name literally means "Chang the Beautiful."

Her story is discussed in this previous post from 2015.

The myth of the goddess 嫦娥 is significant, because it falls into a myth-pattern found around the globe, of a pairing of a mortal and an immortal, usually appearing as one of the following combinations:  a mortal husband and immortal wife, or a mortal wife and an immortal husband, or a living husband and an undead wife or vice versa, or (very commonly in the world's myths) a set of twins in which one twin is mortal and the other is divine.

I am convinced that these myths are intended to convey profound and important truths for our understanding -- truths which are beneficial to our present condition in this incarnate life -- and that these lessons include the reality and accessibility of our spiritual nature, our divine nature, our  Higher Self, and our inner connection with the Infinite.

Other previous posts dealing with this important subject include:


Returning to the landing of the Chang Er 4 on the surface of the moon's far side (near its southern pole), this recent article gives some additional detail. It does not mention, however, the detail provided in this other recent article, which states that the Chang Er 4 lander carried with it six live species from earth: cotton, rapeseed (aka "canola"), potatoes, a flowering plant species called arabidopsis, and fruit flies!

I'm not sure why that little detail was not more widely reported, since it seems like a fairly noteworthy item. Personally, I'm not sure its such a good idea to send fruit flies, which breed notoriously rapidly, up to the moon -- but, as they say in many science fiction and horror stories, "Really, I mean, what could go wrong?"

What has been getting a lot of reporting is the fact that the so-called "dark side of the moon" is a misnomer (as owners of the famous Pink Floyd album have already known for years, since the album itself informs us that "Matter of fact it's all dark"). The moon turns on its axis just as the earth does, allowing the sun to illuminate the entire surface in turns, just as we on earth experience night and day. The mechanics of that process, as well as some interesting detail on why we are actually able to view about 60% of the moon's surface from our vantage point on earth (not all at once, of course) are included in this very first episode of the "Exposing PseudoAstronomy" podcast from Stuart Robbins (archives here).

Returning briefly to the goddess 嫦娥 to finish this brief discussion, note that in the painting above, a poem about Chang the Beautiful has been inscribed in the upper-right area of the artwork. The calligraphy reads as follows (according to a translation provided with the image on Wikimedia commons):

She was long ago a resident of the Moon Palace,
Where phoenixes and cranes gathered and
Embroidered banners fluttered in heavenly fragrance.
Change E, in love with the gifted scholar,
Breaks off [for him] the topmost branch of the cassia tree.

This beautiful poem may contain hints of celestial elements, since this story (I believe) is based upon celestial metaphor, as are virtually all of the world's other ancient myths, scriptures, and sacred stories.

The (mortal) husband of Chang Er is traditionally 后羿 (Hou Yi in Mandarin or Hau Ngai in Cantonese), which means something like King Archer. This name hints that he would either be associated with Sagittarius or Orion, and I would guess Orion might be most likely, since Virgo is rising when Orion is setting on the opposite horizon, and vice versa (meaning that they can never be together anymore -- a poignant touch to this ancient story).
Posted by David Warner Mathisen at 7:21 AM