Introducing Star Myths of the World, Volume Two: the Myths of ancient Greece 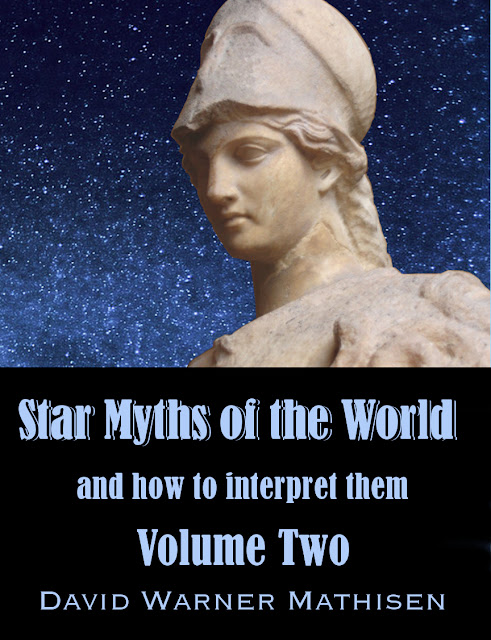 I am very excited to announce the release of Volume Two of the multi-volume series Star Myths of the World and how to interpret them.

This volume focuses entirely on the mythology of ancient Greece.

To my knowledge, it is the first extensive application of the principles of what is sometimes referred to as "Astrotheology" to the body of Greek mythology.

I was amazed at the richness of the insights that can arise when we view the Greek myths through this perspective.

Although I have loved the myths of ancient Greece since I was a child, and although I have taught Homer's Odyssey at the college level, when I began to listen to them in the "language" that I now understand the myths to be speaking -- that is to say, the language of the celestial realms -- it was like hearing them for the first time, all over again.

This is not an attempt to take away at all from the other rich and wonderful aspects of the Greek myths which men and women and children all over the world know and love and have enjoyed about them for centuries, but rather to say that an understanding of their celestial and esoteric foundation suddenly opens up entirely new depths of meaning in these ancient treasures of humanity -- "dizzying depths," I feel it is safe to say (perhaps it is no exaggeration to say that the depths these ancient myths can offer to us are literally endless or bottomless in their profundity).

As just a taste of what the understanding of their celestial nature opens up to the reader, I might offer that this book explores:
Once we understand how to begin to hear the myths in the celestial language that they are speaking, I believe it opens up a path for us to pursue them for our own personal growth and positive transformation, if desired -- for a lifetime (or perhaps for many lifetimes!).

I truly hope that you will be blessed by the incredible ancient wisdom of the myths as you begin to see them in a new light -- I know that I have been and continue to be.

Here is a link to a brief preview which includes the book's Table of Contents.

Note on availability:
For whatever reason, some retail sources (including Amazon) are showing limited availability at  present -- but not all retail sources. For instance, Barnes & Noble's website in the US shows that they can get copies to you in about two days (day after tomorrow). Other outlets still experiencing delays will, I trust, also get those issues taken care of presently.