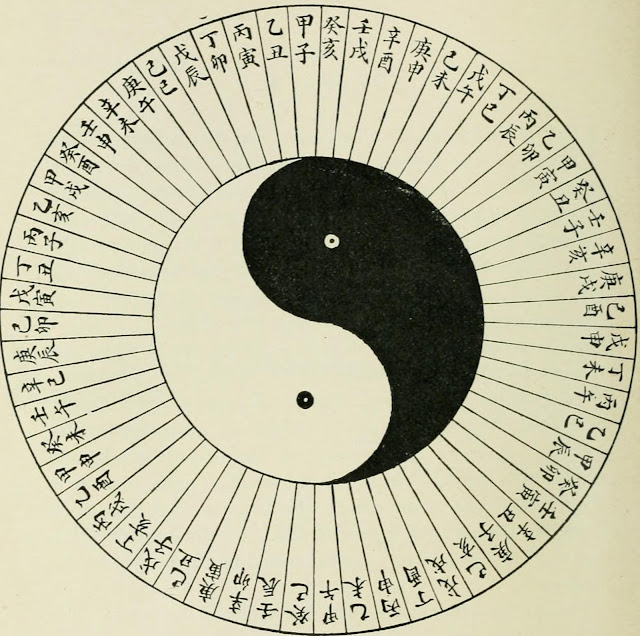 
The oldest known extant text to use the term feng shui is the
葬書
literally, "Burial Book," pronounced Zang Shu in Mandarin and Zong Syu in Cantonese.

The term feng shui itself,
風水
pronounced feng shui in Mandarin and fung seoi in Cantonese, literally signifies "wind - water." In the section on "The Flow of Qi" in the "Burial Book," we are told that the term originates in an older text, upon which Guo Pu was commenting, the Burial Classic ( 葬經 ), which is now lost.

Guo Pu writes (in the translation linked above):

The Classic says: Qi rides the wind and scatters, but is retained when encountering water.The ancients collected it to prevent its dissipation, and guided it to assure its retention.Thus it was called fengshui.According to the laws of fengshui, the site which attracts water is optimum, followed by the site which catches wind.

In general the principles of feng shui aim to encourage healthy flow of vital qi energy in physical spaces, while seeking to minimize both stagnation of qi and scattering or dispersion of qi.

It is very interesting that in the introductory section in the "Burial Book" of Guo Pu, the author says that:  "the blessings of ghosts extend to the living. This is why, when Copper Mountain collapsed in the west, the palace bell tolled in the east."


This portion of the text appears to be conveying to us a sense of the connection between the Invisible Realm and the Visible Realm -- between the realm of spirit and the material realm with which we are more familiar in this incarnate life.

The author illustrates this principle with a story (explained in footnote 4), about a bronze bell in Weiyang Palace which suddenly rang out for no apparent reason. The famous 方士 (fang shi, a term which signifies "esoterist," "alchemist," "geomancer," "mystic," or "wizard," among other meanings) named Dongfang Shuo (or Dungfong Sok in Cantonese) explained to the emperor that the reason that the bell had tolled was that the mines at Copper Mountain had collapsed.

As the footnote goes on to explain, several days later news arrived from far to the west that Copper Mountain had indeed collapsed. When asked how he could have known this from the tolling of the bell, Dongfang Shuo told the court that "Copper is extracted from mountains, and qi mutually resonates, just like people receive their bodies from their father and mother."

Thus, things which do not appear to be connected in the visible world may be connected through resonances and harmonies found in the invisible world -- because every aspect of the Visible Realm is in fact interpenetrated by and interconnected with the Invisible Realm at every point and at all times.

In an even older text known as the
黃帝內經
or Huang Di Nei Jing in Mandarin and the Wong Dei Noi Ging in Cantonese (which signifies "Yellow Deified-Ancestor Internal Classic"), the second section of the text which deals with needle therapy (or "acupuncture") also emphasizes the importance of encouraging beneficial flow of qi and remedying stagnation of qi as well as preventing its loss or dispersal.

A translation of this second section of the Nei Jing, by Paul Unschuld, can be found here.

The text tells us at one point, speaking of encouraging the proper flows of qi and eliminating the harmful flows:  "Confronting them and pursuing them, seeking to balance them, that is all there is to the Way of Needling!" (page 38). It goes on to say that what is insufficient in vital qi must be built up or replenished, but what is stagnant must be drained, and what is malevolent must be eliminated.

It is very interesting that the section on needle therapy in the Nei Jing describes the channels and energy lines of the human body, through which the qi flows and cycles, in terms of rivers and streams, hills and mountains, seas and oceans -- paralleling the discussion of qi flow in feng shui!

Clearly, this correspondence reveals a deep awareness of the concept of microcosm and macrocosm, found in ancient wisdom around the world, which understands the individual man or woman as containing and reflecting the infinite cosmos. The same invisible flows which course through the earth and which relate to the cycles of the heavens were also understood to flow through the individual man or woman.

I also find it very noteworthy that the distinguished contemporary economist Michael Hudson, who has devoted extensive study to the ancient world as well as to the history of economic thought and philosophy in more recent centuries, describes the goal of classical economic philosophers in terms of "circular flow," as discussed in the preceding post.*

According to Professor Hudson, the classical economists teach that the circular flow of producing goods and services for others, and buying goods and services one needs from others, is beneficial -- but  that the diversion or dispersion of flow out of this cycle is harmful and detrimental, and should be minimized. This description is very similar to the goal of feng shui and of needle therapy as described in the ancient texts cited above. The goal is not to eliminate the beneficial flow -- beneficial flow is positive and should be encouraged -- but rather the goal is to encourage positive flow while finding and reducing the "leakage" from the system in the form of negative flows which divert from the circular flow of production and consumption.

I believe that these ancient principles apply to many aspects of life in this material realm, and that they are therefor worthy of careful consideration. It appears that the ancients devoted extensive contemplation to these matters.


* Later note: As Professor Hudson explains in his new book and other writings and teachings, the first known modern economist to explain this cycle in terms of "circular flow" was the influential classical economist Francois Quesnay (1694 - 1744).
Posted by David Warner Mathisen at 12:44 AM