This Labor Day, take a bit of time to listen to Michael Hudson, Warren Mosler, and Ellen Brown


Monday, September 02, 2019 is the observation of Labor Day in the united states, celebrated on the first Monday of September since becoming a federal holiday in 1894.

As I have written on numerous previous occasions, the ancient wisdom provided to all peoples of the earth in their myths and sacred traditions very clearly proclaim that the natural resources of a country are gifts from the divine realm, the realm of the gods.

Of these natural resources, perhaps none is so precious as the people themselves, the gifts and talents and labor inherent in the people, which have their source in the Invisible Realm.

The gift of children was seen as emanating from the divine realm as well. The goddess Artemis was present at every birth and was seen as allowing each and every child to be born into the world -- each thus understood to be a precious gift from the gods.

Thus, to the degree that men and women cannot find work which allows them to use their particular gifts to the fullest extent possible, those divinely-given resources are being squandered, an insult to the gods and a catastrophe for those individuals themselves, who find themselves unemployed or underemployed and frustrated from reaching their true potential.

One would have to be willfully blind to not see that we have a tremendous problem in this regard as the nation celebrates Labor Day in 2019. Tents line the off-ramps from many major interstate freeways in the state of California where I live, and can be seen under the overpasses of many major cities, filled with homeless men and women -- and many more do not have tents for shelter but simply sleep out directly on sidewalks or empty parking garages or stairwells or in parks or riverbeds. 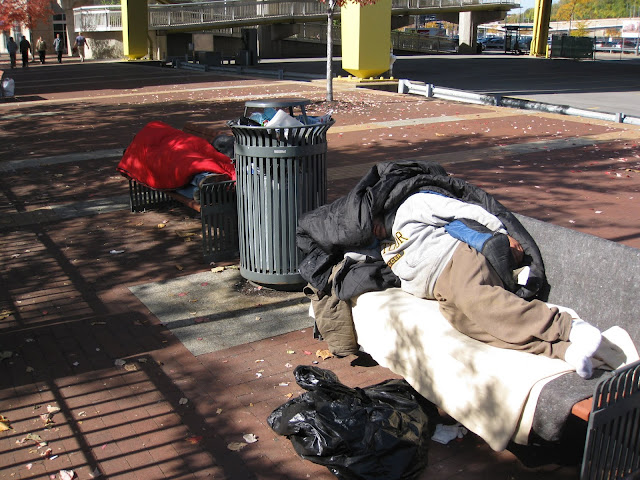 This terrible problem can be remedied with fairly simple solutions, which have been very well and clearly explained by tireless figures such as Professor Michael Hudson, Professor Stephanie Kelton, Professor Bill Mitchell, former hedge fund manager Warren Mosler, and public banking advocate Ellen Brown, among others.

Whether the public will ever wake up and demand the implementation of these solutions is the real question, and the more men and women do wake up to the soundness of the arguments of these economists and writers, the more vigorously their opponents try to counter those arguments in order to scare people away from their sound proposals.

This Labor Day, therefore, I would strongly recommend spending time exploring some of the work of each of the individuals mentioned above. Because, of course, Labor Day is also traditionally a day for picnics and relaxation, it would be impossible to delve too deeply into the works of all of them, so I will recommend just three links which can easily be included along with any other activities of the day.

First, take the time to listen to Warren Mosler explain his "transition jobs" proposal, which has also been called the "job guarantee program," in the interview below:


If you are unable to spend an entire 26 minutes to listen to the entire interview, you can hear Warren explain the "transition job" concept beginning at about the 9:20 mark in the video.

The concept of a transition job is very straightforward: the federal government provides the funds to purchase any idle labor in the economy, by offering completely voluntary jobs to anyone who wants to work in exchange for a fixed level of compensation at a living wage including benefits and paid time off, with no opportunity for increased compensation above a periodic cost-of-living adjustment for inflation.

Such a program would immediately reduce almost to zero the number of men and women who are involuntarily unemployed.

The immediate rejoinder by those who for one reason or another would oppose such a program is almost invariably a complaint that "we can't afford to pay for" such a program.

Setting aside for a moment the salient fact that "we" are already "paying for" unemployment (those who are unemployed are already in the "public sector" by virtue of the fact that governments pay unemployment), Warren Mosler explains in the above interview -- and in much greater detail in the books and articles he has written, all of which are available for free in the "mandatory readings" section of his website at Mosler Economics -- there is absolutely no reason why a sovereign issuer of the currency (such as the federal government of the united states, as empowered by the original language of the Constitution) cannot buy all of the resources available for sale in that country, including the critical resource of idle labor.

Those who argue that "we can't afford to pay for" such a program usually argue that budget deficits, created when a government spends more than it collects in revenues (primarily taxes), are inherently dangerous and even morally "bad." However, as Warren Mosler explains in the above-linked interview, unemployment itself is a sign that either taxes are too high or government spending is too low, or both. In order to understand why, you must understand what Warren calls "the money story," which is perhaps more than you want to absorb during your Labor Day, but which he explains very clearly in the "mandatory readings" provided on his webpage and linked above for your convenient reference later.

Indeed, as Warren Mosler and the other economists mentioned above including Professor Michael Hudson, Professor Stephanie Kelton, and Professor Bill Mitchell have labored to explain for decades at this point, budget deficits are actually the normal condition for a growing economy, because only by spending more than it collects in revenues (primarily taxes) can a government add currency to the economy: taxing more than it spends withdraws currency from the economy and would eventually drain all the currency altogether, leaving none in the private sector.

This brings us to the second recommended Labor Day link, a brief interview with Professor Michael Hudson, author of the essential J is for Junk Economics, which has been discussed and recommended many times previously on this blog (see for example here and here and here). In the video interview embedded at the top of this blog (and linked here), Professor Hudson explains that the real opponents of deficits are the private lenders (the word "private" in this sense referring to those entities outside of the public sector, in contrast to the use of "private" to mean a company that is not "publicly-traded" on the public exchanges, which is different -- some of these private ie non-government lenders are in fact publicly-traded and hence sometimes referred to as "public companies" but that does not mean they are in the public sector but is just a kind of short-hand or slang for the longer and more precise descriptor of "publicly-traded") -- in other words, banks (for the most part).

As Professor Hudson explains in that interview, when a sovereign government is prevented from creating enough money through deficits (greater government spending than collected revenues from taxes etc), then the shortfall in the private sector will be made up with borrowing, which will come from the banks. Reducing deficits will drain the money from the private sector, leading to greater debt levels in the private sector. The end result of this process, as Professor Hudson explains in the above video, is greater privatization of the resources that should be public. Thus, those who benefit from privatization (at the expense of the general public) and those who benefit from greater indebtedness among the people are usually the loudest in their arguments against deficits.

As Professor Hudson says in a different article (linked here for your future reading on a different day), when those who for their own vested interests inveigh against deficits as being irresponsible and immoral, "the press follows this hand-wringing, urging governments to balance the budgets to restore
'fiscal responsibility.'"

Professor Hudson in that same article flatly states: "the effect of less public spending into the economy is to force the private sector more deeply into debt." And, as he says in the short video linked and embedded above, when workers are as strapped with debt as they are today, they are much less able to ask for higher wages, and much less able to leave one job to look for another -- leading many men and women to being less able to achieve their full potential (perhaps their talents and education would make them perfect for an opportunity somewhere else, but their level of indebtedness makes it impossible for them to make that transition).

As Professor Hudson says in the same article, "What is really responsible is for the government to spend enough into the economy to keep employment and production thriving."

But as long as people do not even understand how money actually works, they will continue to be bamboozled by arguments that deficits are "irresponsible" (for an example of this kind of article from the media, demonizing government deficits as immoral and even subtly equating government deficits to nuclear bombs, see this typical piece from the Wall Street Journal from June 13 of this year).

Note of course that there is a fundamental difference between the sovereign issuer of a currency and the private households and businesses (and even states in the united states, as specified explicitly in the Constitution) who are the users of that currency when it comes to deficits: it may well be disastrous for a user of a currency to run a deficit for any extended period of time, but it is a completely different story for the issuer of the currency. If the issuer continuously runs a surplus instead of a deficit, then the users of the currency will go into greater and greater debt and eventually there will be no currency left in the system at all. Those who don't want governments to run deficits, however, typically conflate the two and argue that what applies to the user of the currency also applies to the sovereign issuer of the currency, in hopes that most people will not understand the difference (as part of their campaign to get you to think that government deficits lead to catastrophe).

Finally, I will round out my three recommended Labor Day resource links with a recent article from Dr. Ellen Brown, who for many years has been one of the most tireless advocates for the establishment of public banking, a theme which fits into the sweep of the arguments expressed above.

In that article, drawing on research presented in Professor Hudson's most recent book, she explains that public lending has a history going back to ancient Sumer, and that in fact their system has much we could learn from today -- that is, if we actually wanted to learn from it. There are obviously very powerful interests which would prefer to keep men and women in greater levels of debt and prevent them from knowing the things that you will know if you study the works of the three thinkers linked above.

Those who benefit from spreading misinformation about this critically important subject are actually causing a terrible waste of the precious resource of the gifts and talents given from the divine realm to the men and women of a country (even as they give lip-service to Labor Day each year). Such squandering of the gifts of the gods is never viewed favorably in any of the ancient myths provided to humanity around the globe, and such behavior never fails to bring awful consequences.

This Labor Day, please take a little time to begin to look at these matters from what is perhaps a very different perspective, and then follow up with further research as the spirit moves. The more men and women who truly understand this subject, the sooner we can begin to enact change for the better. 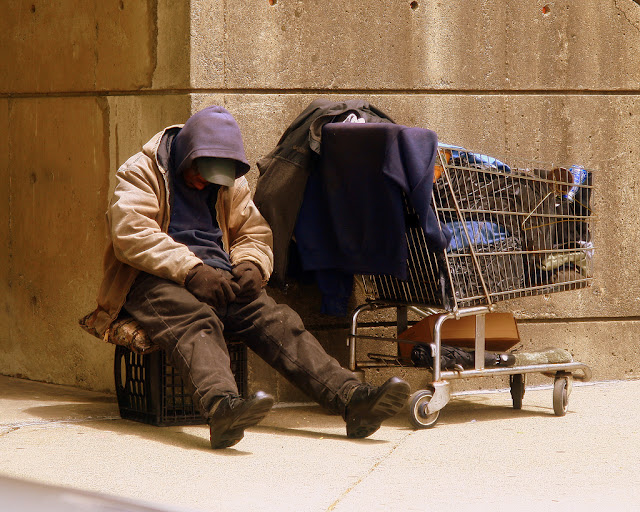 
Posted by David Warner Mathisen at 1:26 AM