A Festival of Lost Meanings 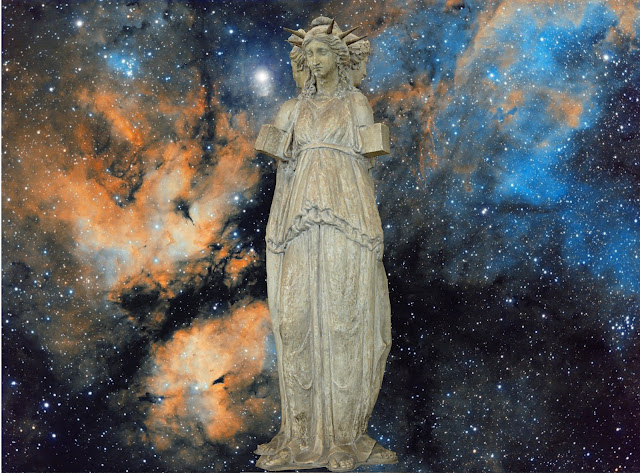 
Halloween is one of the most important and esoterically meaningful days of the entire annual cycle, and yet according to Alvin Boyd Kuhn it has become "a festival of lost meanings," in which although "the form survives, the meaning is lost."

In an essay entitled "Halloween, a Festival of Lost Meanings," Kuhn explains that the great cycle depicted in the zodiac of the heavens serves in the ancient wisdom of the world as "a pictorial or semantic representation of man's divine soul as it swung round the repeated cycles of life in many incarnations on the earth" (7 - 8, original pagination).

This great cycle, representative of the cycle of the soul in its own cycling down into incarnation and back again, multiple times, was divided into quadrants by the four stations of the two solstices and two equinoxes, and festivals associated with those four stations conveyed profound truths about the corresponding turning points in our soul's own cycle.

As a festival associated with one of these four very significant points, Kuhn argues, Halloween thus "carries one-fourth of the symbolic representation of human life depicted in the great zodiacal figure or graph devised by the sapient genius of ancient Sages" (7).

Celebrated forty days after the day of the September equinox -- a period of time equating to the gestation of the child inside the womb of the mother, which is forty weeks (see page 10 in Kuhn's essay) -- the ancient tradition of Halloween (which has parallels in other ancient festivals given different names in different cultures) depicts our predicament when plunged into the incarnate world, in which incarnate souls "enwrapped in the coats of animal skins, their divine potential reduced if not smothered by the deadening blanket of the body's sensuous life" forget their true nature and believe themselves to be "the physical creatures they outwardly were" (26).

The costumes worn on this night, often grotesque, sensuous, or animalistic serve to picture the reality of our incarnate situation, by conveying the metaphorical juxtaposition of, in Kuhn's words, "a being potentially of god stature glaring out through the eyes and features of an animal, a god grimacing like a beast" (26).

And yet, as Kuhn also discusses in this important essay, the descent into this life is essential for our development and growth:

Later in the same discussion, he argues that soul and body may seem to be at odds with one another, but their apparent battle is not meant to "terminate in the victory of the one and the destruction of the other" but rather that "It is going to eventuate in the wedding of the two when they have learned to like each other well enough to harmonize their opposing forces in equilibrium and stabilization in complementary fulfillment of the functions of both. All polar opposition is to be consummated in the union of the two . . ." (35).

The essay goes on to discuss the importance of symbols strongly associated with Halloween, including the Moon, the jack-o-lantern, witches, ghosts, and masks.

Kuhn's essay also approaches the awe-inspiring goddess Hecate of ancient Greece (pictured above, in her triform aspect), who is associated with crossroads (and thus, Kuhn argues, with the union of the forces of soul and sense -- and by "sense" Kuhn means the body, the senses, sensuality, and physicality). He examines the possible connection between the name of the goddess and the number six, as well as with the word "hex" (which, of course, signifies the number six), as well as with the descent into the darkness but also with the guiding of the soul by the light of her twin torches (and see another ancient depiction of the triform goddess Hekate or Hecate, this time with three Kharites or "Charities," who were known as the Gratiae or "Graces" in Latin -- bringing the number depicted to six).

The importance of the descent into the darkness is also explored in great depth in the profoundly important book In the Dark Places of Wisdom, by Peter Kingsley (which has been discussed in previous posts such as this one and this one).

Those people realized there's something very important hidden in the depths. For them it wasn't only a question of confronting a little bit of darkness inside themselves -- of dipping their feet in their feelings, paddling in the pond of their emotions and trying to bring them into the light of day. It was a question of going right through the darkness to what lies at the other end. 69

Indeed, his description has many echoes of the cross-road described by Alvin Boyd Kuhn in his discussion of the importance of the goddess Hecate -- particularly when Peter Kingsley writes that this journey takes the one who pursues it "to the point where all the opposites meet" (70).

There is a deep teaching in this descent into the darkness and the quest for the place "where all the opposites meet." Alvin Boyd Kuhn argues that Halloween is a festival designed to feed and nourish our spiritual health -- but that we are practically starving our minds because we now chew only on the "dead outer husk" of what was given to us to serve as "sublime truth" (6).

This Halloween, in addition to observing the season's festivities, I would recommend taking the time to visit Alvin Boyd Kuhn's essay on "Halloween: A Festival of Lost Meanings" which can easily be read in an hour or so, as well as meditating on Peter Kingsley's In the Dark Places of Wisdom, which takes more than a day to read but which is best consumed slowly (in my opinion) and savored and chewed upon rather carefully.

Even if you have read them previously, this point in the year's annual cycle is an excellent place to visit them again. 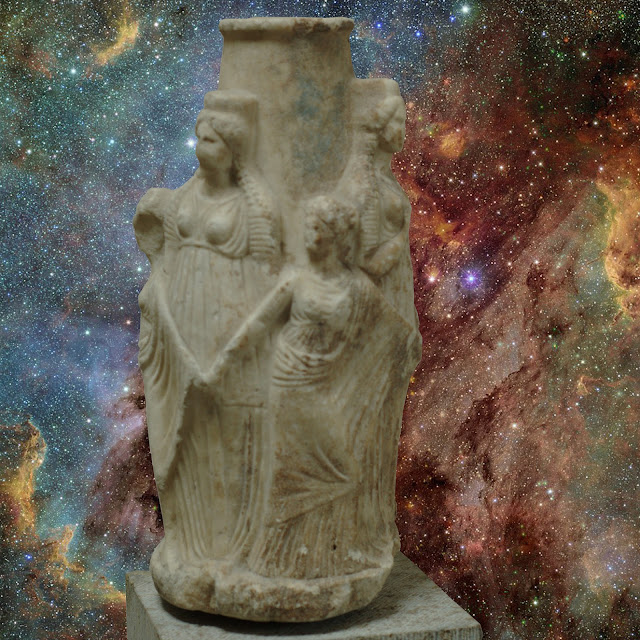