Thor and Utgarda-Loki -- and the lies we tell ourselves 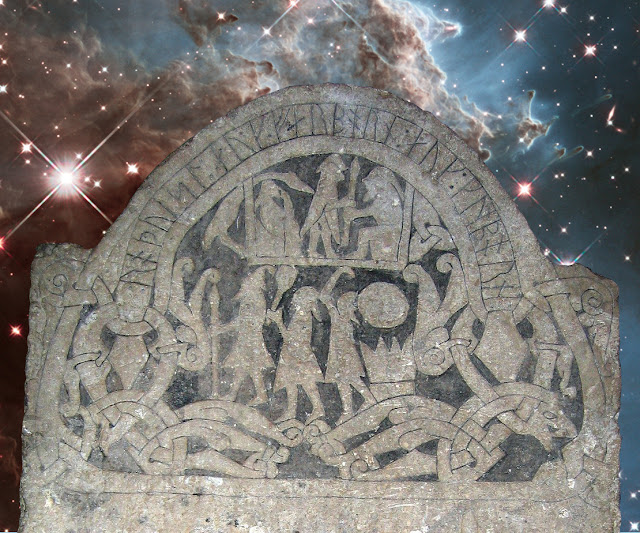 
When I was growing up, one of my favorite Norse myths was the story of Thor's journey to the realm of Utgardsloki (also spelled Udgarda-Loki).

The story is found in the Gylfaginning, in the Prose Edda -- and as a child I read the lively retelling found in Norse Gods & Giants, by Ingri and Edgar Parin D'Aulaire, a book which formed a very influential part of my childhood.

In that Norse myth, Thor and his companions are defeated by the jotuns led by Utdgarda-Loki -- not by greater strength or because Thor and his companions are not more capable, but rather because the jotuns cause Thor and the others to accept lies as though they were the truth, and it is the lies which defeat them (or through which they in fact defeat themselves).

Like the world's other ancient myths which make up the incredible inheritance imparted to humanity in remote antiquity, this amazing episode is esoteric in nature -- intended to convey profound truth which is absolutely vital to our lives today. When we tell ourselves lies, or accept the lies about ourselves which are given to us by others, we defeat ourselves.

If even Thor, the strongest of the Aesir gods, can be defeated by accepting lies, how much more can the same apply to our lives?

We can know for certain that this Norse myth is esoteric in nature because it can be shown to be based on the stars in the heavens, as can so many of the other ancient myths and sacred stories from around the globe, from virtually every culture on every inhabited continent and island of our planet. My latest book, Star Myths of the World, Volume Four: Norse Mythology, goes into some detail examining the celestial foundations of the characters and events upon which the story of Thor's visit to Utgarda-Loki are based.

Of course, as a child, I simply enjoyed the myth itself, and did not perceive its esoteric nature. This pattern is actually the very definition of the esoteric -- just as a child in a Montessori program will learn how to construct a "trinomial cube" before he or she is even introduced to the concept of a trinomial (see discussion here).

It was only when I began to explore the Norse myths and their connection to the stars -- as well as to the world's other Star Myths from many different cultures -- that I began to perceive the message of the episode of the voyage to the realm of Utgarda-Loki (and many other episodes described in the Norse myths) for my own life, and its esoteric meaning.

What lies are you telling yourself that are causing you to "defeat yourself" in spite of your capabilities, in the same way that Thor defeats himself during his encounter with the jotuns?

What lies are we accepting, as a society, that allow us to be made fools of, like Thor and his companions?

Certainly one of the most pervasive lies, which robs us of strength in much the same way that Thor's great strength is defeated in the story, is the insistence of the unreality of the Infinite Realm, and the denial of any possibility that we might ourselves possess an inner connection to the Infinite. This doctrine, that everything is finite and that there is no Infinite Realm (no divine realm -- no realm of the gods) may well be the most central dogma of the modern world, impressed upon us constantly from all sides.

This teaching is so central, that it practically defines the world-view or "vision" that Black Elk described as the vision that was brought by the invaders and which opposed the Lakota understanding of a world of plenty (see previous posts entitled "Two Visions" and "Vision A or Vision B").

If we are all undeniably connected to the Infinite Realm, then it logically follows that we have access to what we need -- and that we are all in some way connected one to another (and to all the other plants and creatures on our planet). This vision is described by Black Elk as the vision which prevailed prior to the coming of the Europeans, when he says: "Once we were happy in our own country and we were seldom hungry, for then the two-leggeds and the four-leggeds lived together like relatives, and there was plenty for them and for us."

But if we are falsely told (and if we falsely believe) that we are not connected to the Infinite Realm -- and that, in fact, there is actually no such thing as an Infinite Realm -- then it stands to reason that we must live in a world of finitude, which is a realm of limits and ultimately of scarcity, in which resources are finite and there is not enough to go around. Such a vision will naturally disconnect men and women, not just from the Infinite Realm (which is their birthright), but also from one another -- as they try to grab for themselves the things that they need, before someone else does (since the vision of plenty has been replaced by a vision of scarcity).

This vision is also described by Black Elk, when he says that the invading Europeans cut everyone up into tiny islands, separated from one another and from the other creatures of the earth -- tiny islands around which a dirty flood of lies and greed surges, gnawing away at the islands and making them grow smaller and smaller.

Such is the power of the lie, and its consequences.

The antidote is the truth -- the solution is to stop believing the lies we have been told, and which we then begin to tell ourselves.

Where is the truth to be found?

It is found in the world's ancient wisdom, imparted in ancient times in the form of sacred myths and sacred scriptures, sacred stories and sacred traditions, given to every culture on our planet, full of truth for our benefit and blessing, as necessary today as the day they were first told (and perhaps even more necessary now than ever).

Properly understood, the ancient myths connect us all to one another, and to all the other creatures on our planet -- even as the enemies of the truth want to divide us (using lies).

The enemies of humanity (and the enemies of the gods) want to deny the Infinite Realm, because they want to impose a vision of scarcity upon the people -- a vision of austerity. They want men and women to learn to "do without" their birthright -- and they want to teach lies so that men and women will believe those lies, and tell those lies to themselves, even as Thor (with his virtually limitless strength and power) believed the lies of Utgarda-Loki and was thus easily defeated and humiliated, over and over again.

In this way, the modern-sounding scourge of "neoliberalism" (with its emphasis on "austerity" for the men and women of earth, so that a corrupt few can abscond with the gifts of nature, the gifts of the gods, which are actually given to all) is actually just the latest manifestation of a very old con -- a con which seeks to supplant the truths of the world's ancient myths with clever lies, by those who hate the old gods and who hate the general "mass" of the world's men, women and children (from whom they feel cut off, just as Black Elk described).

But the ancient myths make clear that, even after we have turned our backs on the world's ancient wisdom, and accepted the lies of the collaborators against the gods, it is never too late to change our minds, and to stop accepting the lies which we have been telling ourselves. The gods actually manifest themselves through the actions of men and women (this much is demonstrated again and again in the world's ancient myths), and they are always ready to assist us, as soon as we are ready to become attuned to their presence.

We actually have an unbreakable connection to the Infinite Realm -- one which no amount of lies can ever completely sever -- even if we have been told that no such thing exists, and even if we have lived for years without availing ourselves of this promise.

Indeed, Thor himself (who must have learned his lesson from his voyage to the land of Utgarda-Loki) once showed up and said as much during an encounter with Olaf Tryggvason and his men, in an incident recorded some centuries after the realm of the north had been conquered by literalist Christianity and the sworn enemies of the old gods and the old ways.

His message: that the gods always stood ready in time past, to help men and women in time of need, even when the people were beset by giants, of tremendous strength and size, who "lorded it over" the men and women of the land, and greatly troubled them, and "straitened their condition" (which is to say, imposed austerity upon them, and deprived them of what should have been theirs). And, by his visit, Thor implied that the same could always be true again.

The story of that encounter was probably written sometime in the 1100s. Today, almost a thousand years later, its message seems more urgent than ever.

We truly face giants. And we have been tricked by illusions. We have swallowed lies, which we have then repeated to ourselves as if they were our own.

But the antidote to lies is the truth -- and the ancient wisdom still speaks to us with truth, if we can learn to listen to what it is telling us. 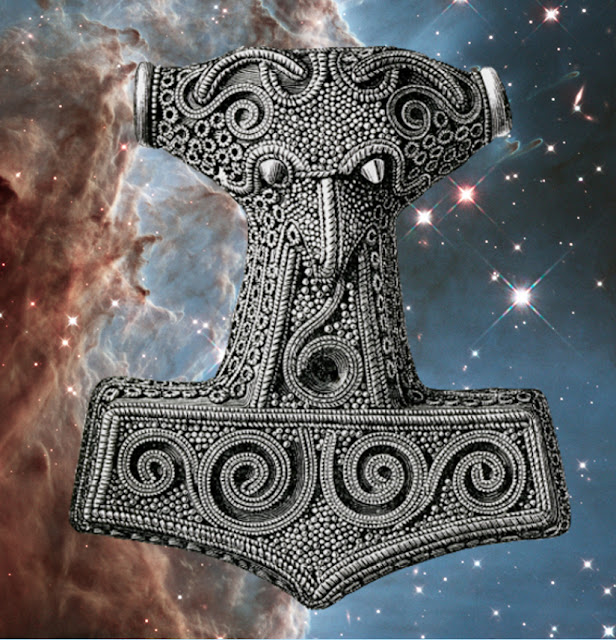 Posted by David Warner Mathisen at 1:26 AM