Welcome to new visitors from The WaterBoyZ with Derek Lambert and Dr. Luther G. Williams

Special thank-you to Dr. Luther G. Williams and Mr. Derek Lambert for inviting me over for a very enjoyable discussion of the celestial foundations of the world's ancient wisdom, contained in the myths, scriptures and sacred stories of cultures around the globe.

Derek and Luther named their program the WaterBoyZ -- inspired, they explained, by the well-known interview with the great Bruce Lee, in which he says: "Be water, my friend."

Above is the video of our conversation, which was recorded on November 13, 2018.

Welcome to any new visitors who heard about this blog or website through this video!

Below are some links to previous blog posts which explore some of the topics which surfaced during the interview with Derek and Luther:
If this is your first time visiting this blog or website after hearing about this research on the show, I hope that you will find this discussion of the ancient wisdom, given to virtually every culture on our planet as a precious treasure, to be helpful in some way -- and hope you will visit again soon!

If you enjoyed the interview, please give some feedback to Derek and Luther at their YouTube channel, their websites, or below the video itself.

I certainly wish Derek and Luther great success with their own research and with their podcasting, and hope to cross paths with them again soon!

On a personal note, it happens that Derek conducted the interview from Fayetteville, North Carolina, where he lives with his family -- and where I spent some very formative years while I was in one of the line battalions of the the 82nd Airborne Division, at Fort Bragg, during the early 1990s.

After the interview was over, I ran across an old mug from my days at Fort Bragg (an ancient artifact), which I would have used during the interview had I come upon it earlier. Here's a photo of me unwinding by enjoying a nice cup of organic apple cider vinegar from the old mug (I don't drink coffee these days), immediately following the completion of the interview: 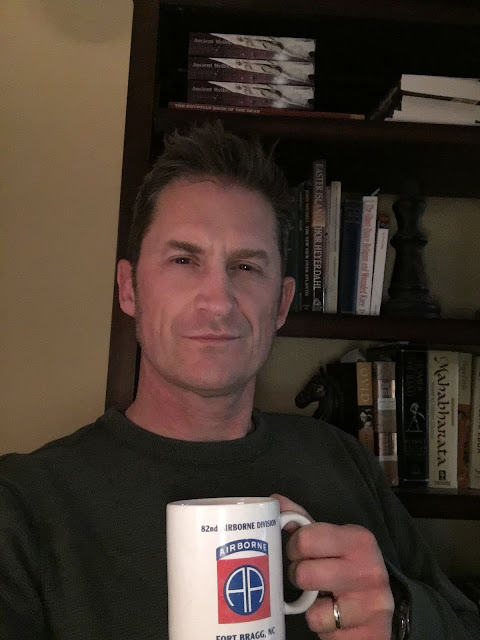 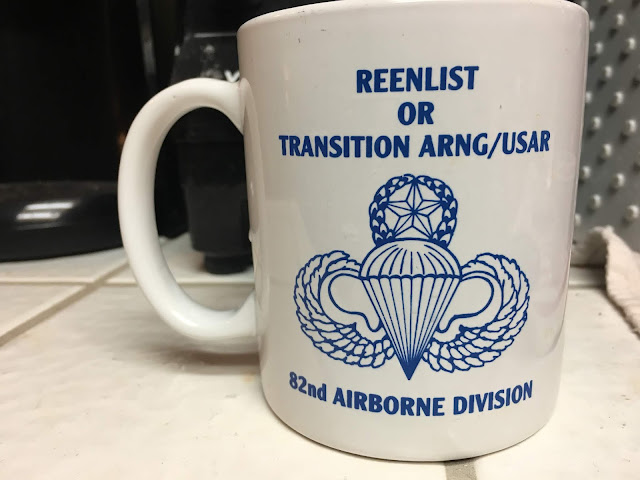 (as with many ancient pieces of pottery, the mug has a different design on the other side).


Posted by David Warner Mathisen at 12:23 AM