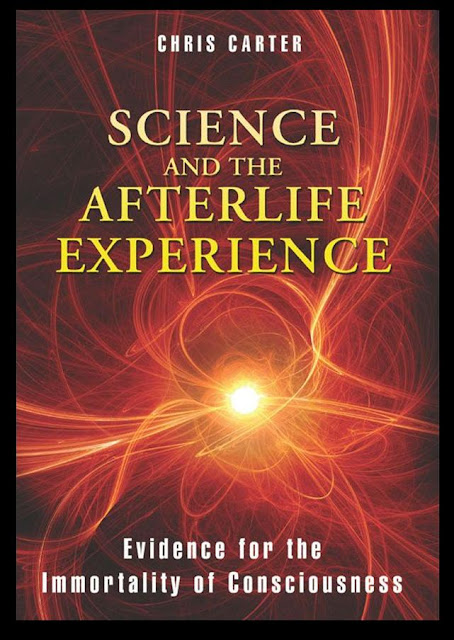 I recently had the unforgettable experience of reading Chris Carter's Science and the Afterlife Experience for the first time, and cannot recommend it highly enough to every reader who is interested in the subject of our existence here in this body and whether that existence continues after the death of the body.

If you have not read it yet yourself, you are in for a treat.

The evidence in this third book -- and the carefully-documented accounts underlying that evidence -- is even more gripping than that presented in the first two books.  The cases themselves are unforgettable, beginning with the first section on reincarnation, continuing into the second section on apparitions, and finally the third and longest (and perhaps most compelling) section on communication from those who have crossed over into the great beyond.

Throughout, Chris Carter builds a carefully-reasoned and sober case for the conclusion that human consciousness consists of something more than the strictly material, and that it survives the death and dissolution of the material body.

He does not ignore the fact that such an assertion is tremendously controversial, and that many respected and well-educated analysts vehemently deny such a possibility.  He states right up front that such contrary arguments are important and that honest critics must be given an opportunity to provide alternative explanations for the evidence at hand, saying on page 11 that "Genuine skepticism is an important part of science."  Throughout the book, as he has in previous volumes, he examines at great length the alternative explanations that have been put forward, and the strengths and weaknesses of each argument for and against the survival hypothesis.

It is the evidence that is provided to counter the most determined skeptics that really astonishes the reader, proving the point that skepticism is important (without it, some of the experiments described might never have been attempted).  Among the cases that appear most well-documented and publicly-accountable -- and which leave perhaps the deepest impression on the reader -- are the "cross correspondences" of Frederic Myers, and the remarkable chess game between Grandmaster Viktor Korchnoi and the deceased Grandmaster Geza Maroczy.

That chess match was arranged to demonstrate that that the "medium" supposedly channeling the consciousness of a deceased individual would have great difficulty mimicking a skill which the medium did not possess -- in this case, a level of chess-playing skill that only a few individuals in the world ever achieve (other examples cited in the book with evidence of eyewitnesses include speaking in languages unknown to the medium, while supposedly in contact with individuals who during their life had spoken such languages).  Chris Carter explains that in the mid-1980s,

asset-manager and amateur chess player Dr. Wolfgang Eisenbeiss decided to initiate a chess match between living and deceased persons.  Eisenbeiss had been acquianted with the automatic-writing medium Robbert Rollans (1914-1993) for eight years, and trusted his assertion that he did not know how to play chess and had no knowledge of chess history.  Rollans was not paid for his services, and his stated motive for participation was to provide support for the survival hypothesis.

Eisenbeiss was able to persuade the world-famous chess champion Viktor Korchnoi, then ranked third in the world, to participate.  Korchnoi was ranked second in the world for more than a decade, and was described in Chessbase (April 4, 2002) as "unquestionably one of the great chess players of all time."

Eisenbeiss gave Rollans a list of deceased grandmasters and asked him to find one who would be willing to participate in a game.  On June 15, 1985, a communicator claiming to be the deceased Hugarian grandmaster Geza Maroczy confirmed his willingness to play, and then opened the game by making the first move.  Geza Maroczy was ranked third in the world in 1900, and was known for his remarkably strong endgame.  204-205.

This amazing event makes fascinating reading, and is very difficult to explain away by the skeptics.  It is difficult to argue that Korchnoi or some other living chess grandmaster was somehow in on an elaborate scheme to fool the public.  For one thing, Korchnoi never actually communicated with Rollans in person -- the entire game was played with Eisenbeiss as the intermediary.  Abundant evidence surrounding the case and discussed in detail by Chris Carter in his examination of the match make it very difficult to argue that the thoroughly-documented and highly-scrutinized game was a ruse. 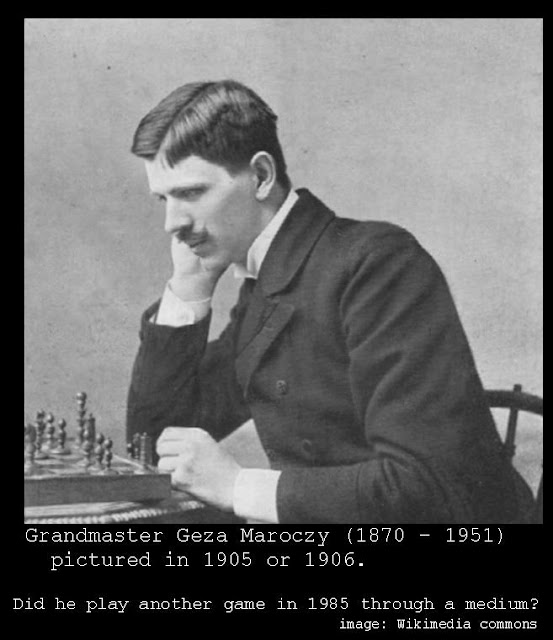 Further, the style of the play was consistent with that of Maroczy during life, and would have been extremely difficult to imitate (especially when the game progressed and his reputation for brilliant endgame play surfaced in moves that no mere amateur could have thrown at Grandmaster Korchnoi). At the twenty-seventh move of the match, Viktor Korchnoi commented on the quality of the play of his opponent, saying:

During the opening phase Maroczy showed weakness.  His play is old-fashioned.  But I must confess that my last moves have not been too convincing.  I am not sure I will win.  He has compensated the faults of the opening by a strong end-game.  In the end-game the ability of a player shows up and my opponent plays very well.  206. 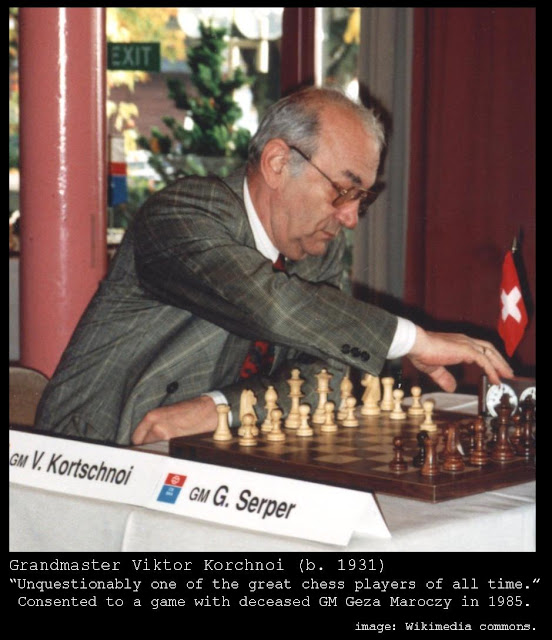 There are other pieces of evidence surrounding this match that Chris Carter brings out which make it quite a compelling case in support of the survival of consciousness after death.  And there are many other similarly-compelling cases in the book -- cases which should be more widely-known because they provide such important perspectives on this critical subject.  Every human being should have access to this evidence and be allowed to examine it for himself or herself.

Chris Carter has done his readers an invaluable service by collecting this evidence and presenting it in such a clear and sober manner.  He guides us through it with lucid comments and insightful analysis, and brings in the possible alternative explanations and the arguments of those opposed to the survival hypothesis whenever appropriate.

The conclusions at the end, and the discussion of a theory that ties all of this evidence together, have far-reaching implications.  This is a profound and important subject, and one with tremendous potential to impact on many levels the way we live our lives.

-------------------
Readers of this post may also want to check out previous posts discussing other evidence relevant to this subject (from cases not found in the above book), such as:

"A heartfelt portrait of John Blofeld from Daniel P. Reid"