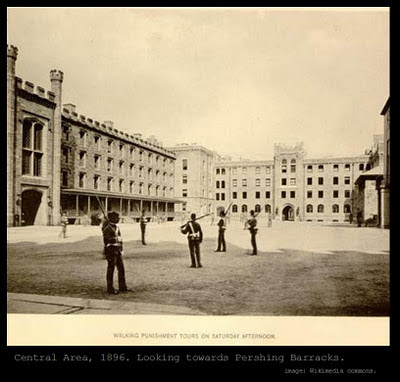 If you're looking for a spine-tingling ghost story for Halloween this year, look no further than the current issue of West Point magazine, published by the West Point Association of Graduates.

In a story entitled "Ghosts of West Point Past," found on pages 20 through 23, it describes the well-known story of paranormal events in the "47th Division," which every cadet hears from his classmates or upperclassmen ("The Divisions" are an older section of barracks, officially called "Scott Barracks" after General Winfield Scott, located on the west side of North Area facing east, and so named because they are designed with a single entrance leading to a series of vertical floors connected by a staircase with landings and rooms on each landing, so that each vertically-connected section is effectively divided-off from the others to its left and right; each division is numbered, and there is an additional wing folded around the back and not facing North Area, with numbers above 50, known as the "Lost 50s" -- see map detail below, from the West Point area map available online here).

This particular article, however, contains the first-hand account from Cadet John Feeley, West Point Class of 1973, which I had never actually heard before.

I will have to tell the Association of Graduates to stop sending me their quarterly magazine if it continues to contain such frightening material.

The possibility of the existence of spirits, of course, must be vehemently denied by conventional Darwinism. There is no Darwinian explanation involving gene mutation or natural selection that would explain the process of evolving something called a spirit (or at least none that most academic biologists would admit). Spirit beings have no place in a completely materialistic or "naturalistic" Darwinian worldview (see the previous discussion entitled "Supernatural or Extraterrestrial" for related musings on this topic).

The story above provides one possible explanation for the occurrence described by the cadets in October 1972: a case of sleep paralysis accompanied by hypnogogic hallucinations. This explanation raises the epistemological question of how we know anything. In other words, if our minds experience something, does that mean that it is real? If our minds can register sensations as if we were perceiving them with our sensory organs (including our eyes or the nerves in our hands and fingers), how do we know there is anything actually originating those sensory signals? 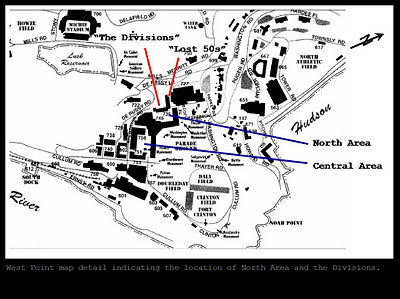 Posted by David Warner Mathisen at 7:44 AM