STAR MYTHS of the WORLD 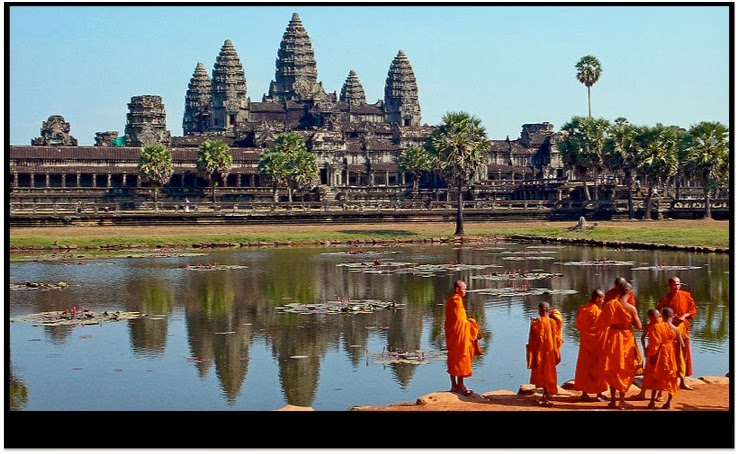 In their outstanding book Heaven's Mirror, Graham Hancock and Santha Faiia point out the undeniable fact that Angkor Wat is located seventy-two degrees east of Giza in Egypt (page 254).

Seventy-two is an important precessional number.  It is highly unlikely that the site of Angkor Wat would be located such an important number of degrees of longitude from the site of the Great Pyramid at Giza simply by accident, especially because both the Great Pyramid and the art and architecture of Angkor Wat deliberately employ precessional numbers and symbology in their construction and (in the case of Angkor Wat) in their symbology, as Graham Hancock discusses in Heaven's Mirror and other books (including Fingerprints of the Gods).

The fact that Angkor Wat bears a name which is made up of two sacred Egyptian words -- Ankh and Horus -- makes the connection between Giza and Angkor even more certain to be deliberate and not a coincidence.  Further, as Joseph P. Farrell and Scott D. de Hart discuss in their book Grid of the Gods, both sites contain pyramid structures; the pyramids at Angkor (shown above in an image from Wikimedia commons) happen to be shaped differently than the pyramids of Giza (being taller than they are wide, unlike those at Giza), but that may well be because their purpose is different, as Drs. Farrell and de Hart discuss in their book.

The fact that these two sites are separated by seventy-two degrees of longitude is an important piece of evidence supporting the assertion made by Drs. Farrell and de Hart, and by Graham Hancock and others, that the ancient astronomically-aligned sites on our planet are part of a global "grid" laid out by an ancient civilization or civilizations possessed of deep wisdom and sophisticated scientific understanding.

Interestingly enough, Heaven's Mirror also reveals that one hundred eight degrees to the west of Giza lies another mysterious site: Paracas, on the Pacific coast of Peru.  One hundred eight is one of the most important and widely used precessional numbers in the mythology and traditions of the world.  It is, of course, 1.5 times 72.  Multiples of 108 which are found in numerous ancient myths and legends include 216, 432, and 540.

Paracas is located in the Ica region of Peru, home to the mysterious elongated skulls which were recently in the news due to the results of DNA tests which are discussed in this article on the Ancient Origins website.  Paracas is also the home of an ancient geoglyph known as the "Paracas Candelabra" (shown below in an image from Wikimedia commons), which may reflect the constellation of the Southern Cross according to Graham Hancock's analysis in Heaven's Mirror.

As Graham Hancock also points out in Fingerprints of the Gods, the ability to measure longitude accurately eluded "western civilization" until the 1700s, when John Harrison finally developed a chronometer accurate enough for precise longitudinal calculation (see discussion here regarding the "Longitude Prize").  The fact that Giza is seventy-two degrees west of Angkor Wat and one hundred eight degrees east of Paracas suggests that the ancients had a way of accurately measuring the globe.

The fact of an ancient world-wide grid is not simply a piece of "gee-whiz" trivia.  As Drs. Farrell and de Hart discuss in the book linked above, such a grid may have been constructed in order to harness the enormous power of the earth, and potentially the power created by the motions of other planets in our solar system as well.  The fact that we today know little or nothing about such a grid -- and the fact that conventional academia reflexively suppresses such information and ridicules and marginalizes those who choose to investigate the evidence regarding this and other mysteries of mankind's ancient past -- suggests the possibility that vital information about our planet and our relationship to has been deliberately concealed for centuries.

Previous posts discussing the evidence for a world-wide grid can be found here, here, and here. 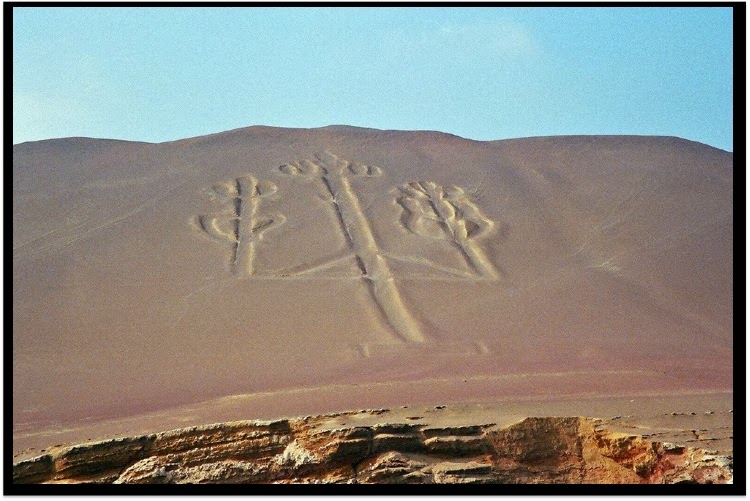 Posted by David Warner Mathisen at 1:27 AM