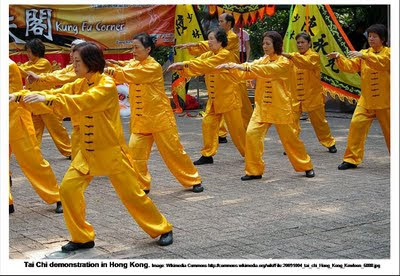 In Hamlet's Mill, Giorgio de Santillana and Hertha von Dechend, following the work of Franz Rolf Schröder (1893 - 1979) point out the presence of significant numbers that appear over and over in mythology around the world.
For example, they point to a passage in the Old Norse Poetic Edda known as the Grimnismal, a passage spoken by the god Odin in his disguise as Grimnir, in which the end of the world is described. Describing the scene in which the slain warriors of Valhalla issue forth to battle against the forces of destruction in the battle of Ragnarok, the Grimnismal tells us that

five hundred gates and forty more
are in the mighty building of Walhalla
eight hundred Einherier come out of each one gate
on the time they go out on defence against the Wolf. Hamlet's Mill 162.

As Graham Hancock points out in Fingerprints of the Gods, this verse invites us to count the warriors of Valhalla: eight hundred warriors times five hundred forty gates, totaling 432,000. This number also happens to be the number of syllables traditionally attributed to the ancient sacred Sanskrit text of the Rigveda, and it is a number associated with the phenomenon of the precession of the equinoxes -- a "precessional number." At this point, de Santillana and von Dechend quote Schröder, who in his own 1929 work in German, Altgermanische Kulturprobleme declares, "To quibble away such as coincidence or to ascribe it to chance, is in my opinion to drive skepticism beyond its limits" (de Santillana and von Dechend 162).

Hancock also points out in Fingerprints of the Gods that the battle of Ragnarok to which the heroes of Valhalla are marching is related to the unhinging of the world's axis that causes the phenomenon of precession in the first place (247).

In another work, Keeper of Genesis: A Quest for the Hidden Legacy of Mankind, co-authored with Robert Bauval, Hancock has also made note of the fact that the dimensions of the Great Pyramid of Giza have been noted to model the dimensions of the earth itself, and on a scale of 1:43,200. Taking the perimeter of the Great Pyramid at its base, Bauval and Hancock explain, which is 3,023.16 feet, and multiplying that number by 43,200 yields a result of 24,734.94 miles, which is within 1% of the true equatorial circumference of the earth.

The concept of "precessional numbers" comes from the rate of the precession of the equinoxes, which itself is a phenomenon caused by the fact that the axis of the earth, while remaining tilted at almost 23.5o, traces out a circle in much the same way that the axis of a toy top or a gyroscope might trace out a circle as it spins. This phenomenon is explained in various places on the web and in much greater detail with numerous illustrations in the Mathisen Corollary.

This precessional movement of earth's axis shifts the background of stars which appear at any given point of the earth's annual orbit around the sun. If there were no precession, then the view from the earth at a precise point in time on the exact same point in its orbit would always be the same: the same constellations would appear at the same height in the sky if viewed from the same vantage point on earth. However, because of this gyroscope-like motion of earth's axis tracing out its own circle in the sky (while remaining at the same angle of obliquity to the ecliptic or plane of the earth's orbit around the sun), the background will slowly shift even if seen from the exact same point each year.

This phenomenon causes the "precession of the equinoxes" -- the shift in the background stars seen before the sun rises on the morning of the equinox each year. The motion is very slight -- a shift of only one degree (out of a complete circle of three hundred sixty degrees) in 71.6 years. Because a human lifespan is only about that long, it would be very difficult to detect without precise records taken over the course of many human lifetimes. Conventional historians do not even believe that mankind began to perceive and discuss the phenomenon of precession until the time of Hipparchus of Nicea (190 BC - 120 BC), and even then only imprecisely.

However, as de Santillana and von Dechend and others have demonstrated, the precessional number of 72 (the number of years for a single degree of precession, rounded to the nearest whole number for convenience in transmission through myth) appears in numerous legends of ancient cultures around the world. Multiplying 72 by the three hundred sixty degrees required to make a full circle (or a full circuit of the earth's axis, if the rate remains constant) yields 25,920 years. Using these two numbers (72 and 25,920) other factors can be derived, including the numbers 108, 216, 432 and 540 (this process is described in greater detail in the Mathisen Corollary). These are the principle precessional numbers.

Once one becomes aware of the precessional numbers, they turn up in the most surprising places. For example, in the Chinese martial arts (and in Chinese numerology in general), the number 108 is extremely significant. The long form of Tai Chi Chuan is traditionally understood to contain 108 movements, as are the forms of many other traditional martial arts. The legends of the Shaolin Temple also make frequent reference to the number 108.

Tthe Mathisen Corollary discusses other places that the precessional numbers surface. As discussed in the previous post, if precession was initiated by the events surrounding a cataclysmic global flood within human memory (as Walt Brown's hydroplate theory suggests, using extensive evidence from the geological record), then it would be understandable that ancient humans who lived immediately after that event both observed and recorded the effect of this new motion of the heavens.

As it turns out, the evidence from both archaeology and mythology suggest that this is exactly what they did.

Posted by David Warner Mathisen at 6:29 AM