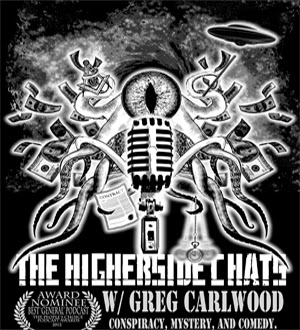 I cannot emphasize enough how important I believe the new brand of "alternative media" platform, which has developed only very recently within the past decade or so, to be to humanity at this particular juncture in history.

That's right -- to all humanity!

Allow me to expand on this topic for just a moment in order to outline the reasoning for such a sweeping statement.

In a very tangible way, our "reality" is created by words, and by "narratives" which give us the lenses we use to view the events taking place around us, and to make sense of what we see (for a couple previous posts on this idea of the "narrative" and on the creation of "realities," see here and here).

For most of human history, at least in the centuries since the end of antiquity (and in the parts of the world which fell under the literalist narrative and became what has been broadly labeled "the West"), the ability of the average man and woman to examine the narratives was limited by several gigantic obstacles that made seeing the big picture very difficult.

For one thing, literacy was generally very limited -- the ability to read and write was not a skill that was considered necessary for the "lower classes" who produced food and goods through hard manual labor -- nor was it considered a good idea to let these laborers have the ability to read and write. First of all, there were an awful lot of them (the production of food and other goods being very labor-intensive in past centuries), and if they could read and write they might "get ideas," which was also not considered to be a very good thing.

Only in recent centuries has there been a major change in this situation, with a wider and wider band of the population becoming literate (a product of the need for literacy as technology changed and the composition of the economy changed with it). In the past century, we have generally been able to take very high literacy rates for granted, but the control over the sources of information remained extremely narrow until even more recently, with the advent of the internet.

Prior to the internet, it was theoretically possible to look up information and piece together an alternative viewpoint to the narratives handed down by the "official" media and the consensus of academia, but doing so was still very difficult unless you happened to have access to exceptional libraries and collections, and the time it would take to go visit special collections made piecing together "the big picture" much more difficult.

The internet has changed all of that -- and it has enabled the rise of the very important phenomenon of the alternative media platforms that are the subject of this post. Platforms such as Red Ice Creations (which was one of the pioneers of this model) and other pioneers (we are still very much in the pioneering stage of this development) such as The Higherside Chats have an extremely important distinguishing feature that sets them apart from other media sources -- including other media sources enabled by the internet.

That feature is the fact that they are directly supported by listeners.

The importance of this feature also cannot be overstated. Consider how important that single difference is. Consider the fact that traditional media channels have usually been supported either by advertising or by direct government funding.

Alternative media such as The Higherside Chats would not likely receive government funding to begin with (nor would such a program really want such funding, it is safe to say). But what about the other traditional method of funding a media platform -- advertising? Once again, that method places the content at the mercy of the advertisers to at least some degree, and potentially to a very large degree.

If a young enterprising podcaster decided to make the providing of a platform where alternative views, no matter how divergent from the mainstream narrative, his or her full-time endeavor (because doing it right, with all the production as well as the preparation and research, might well take more time than someone could do in addition to working another full-time job), and decided to rely on advertising to pay the bills for such a platform, imagine what that might mean for the independence of the content being offered.

Let's imagine that the enterprising founder of such a show manages to score a few big advertisers, and suddenly finds that the revenues from these advertisers pays for the cost of production and the people necessary to make it work. Then, one day, a guest on the show makes critical remarks about genetically-modified organisms in the food chain, and the biggest advertisers (who happen to be involved in an industry which would prefer less criticism of GMO food, for whatever reason) inform the founder of the show that if any other guests mention the topic in a critical fashion, they will take their advertising dollars elsewhere.

We can imagine the same scenario playing out for a variety of other interests that would prefer certain aspects of certain narratives not be challenged on public forums (extremely important recent news regarding one aspect of the childhood vaccine narrative is receiving very little media attention outside of alternative channels, for instance).

For this reason, the business model pioneered by Red Ice Creations, in which about half the content is provided for free, and paying members subscribe directly and receive access to additional content, is a very important different approach. It enables providers of alternative media platforms to put in the full-time effort required to bring new and narrative-challenging content (and to take the time necessary to prepare for the interviews that help their listeners get an idea of what that content involves), and to do so in a way that does not place that content at the mercy of centralized interests.

Again, the importance of this fact simply cannot be overstated -- which is why I would personally encourage all of us who care about such content to support these platforms in whatever way we might be able to do so.

Because, as important as it is for researchers to actually go out and find the narrative-challenging information, it is equally important for those researchers to have platforms where they can present that information to the people who are looking for the clues. Alternative media channels make that connection possible.

Not only that, but when a particular show (such as those already mentioned, and the many other excellent shows which are cropping up around the planet) has on multiple guests over an extended period of time (one after another after another after another for many weeks, months, and even years), then listeners get to hear many different perspectives, many different angles, many different theories -- some of which will contradict one another, and some of which will complement one another. This is the way that new theories can be pieced together; this is the way that mysteries are solved.

As I've said before, we all have our own individual backgrounds, experiences, areas of focus, strengths, weaknesses, subjects we are most drawn to, parts of the puzzle that we are most familiar with. Even Scooby Doo needed the different strengths and weaknesses of Shaggy, Fred, Daphne, and Velma to put the whole thing together -- and the mysteries that Scooby was solving were always pretty easy to figure out, once you'd watched a few episodes. For the kinds of mysteries that we face in the real world, it's going to take a whole lot of different personalities and backgrounds -- and one important way of bringing those different voices together is the kinds of media platforms that have developed only in the past several years.

We are living in a very important time. These types of shows were not even available just a few decades ago. We are also living in a time, as mentioned above, in which there is a very large, literate, well-educated "middle class" around the world, with the time and inclination to actually look into these things (in previous centuries, when just growing the crops took up a huge amount of labor and time, and did not really require everyone to know how to read or write, looking into these kinds of matters was simply not as practical as it is right now)*. The internet, and the arrival of this new type of directly-supported alternative media platform, arrived at a very fortuitous time in history, when there is a large number of people who may have hated a lot of the schooling they received but who can be thankful that it gave them the tools to start challenging the narrative in a way that simply was not possible just thirty or forty years ago (at least on the scale that it is possible now).

And so, once again, I would encourage everyone to try to support these new alternative platforms, or at least the ones that they themselves listen to the most (and also to try to find new and upcoming ones that seem to be worth helping to make it). One way to find them is to go to Twitter and look up a few (such as The Higherside Chats, Red Ice Creations, Alchemy Radio, Truth Warrior, Mysterious Universe, The Grimerica Show, and many others) and then see who those platforms are following -- often they follow other alternative media platforms, since after all they are in the same business. In this way, you can find five or ten to investigate.

You could also check out some of the platforms I'm grateful to have interviewed on, such as:
Truth Warrior  (and see also The World Was Meant to be Free)
Pure Momentum
and the aforementioned THC and Red Ice.

To finish up where this conversation started -- if our reality is shaped by narratives, then false narratives which go unchallenged and unexamined can lead us down paths that go in the wrong direction and end up causing enormous harm, suffering, and trauma. Seeing through those false narratives is of absolutely critical importance -- to each of us individually but really to all humanity (we can easily go back through history and find examples of false narratives which have had negative consequences on a worldwide scale). Alternative, independent media platforms are an essential tool for the widespread examination of false narratives, and an essential tool for piecing together alternative hypotheses about what is going on in the world around us.

* Credit to Michael Tsarion for expounding some of the argument presented above (regarding the obstacles in the past to seeing through false narratives and piecing together the "big picture," and the opportunity to do so today) during an Alchemy Radio interview with John Gibbons, as well as to Professor Darrell Hamamoto, who articulated some of the same points in a conversation I had with him this past year.

Posted by David Warner Mathisen at 2:19 AM