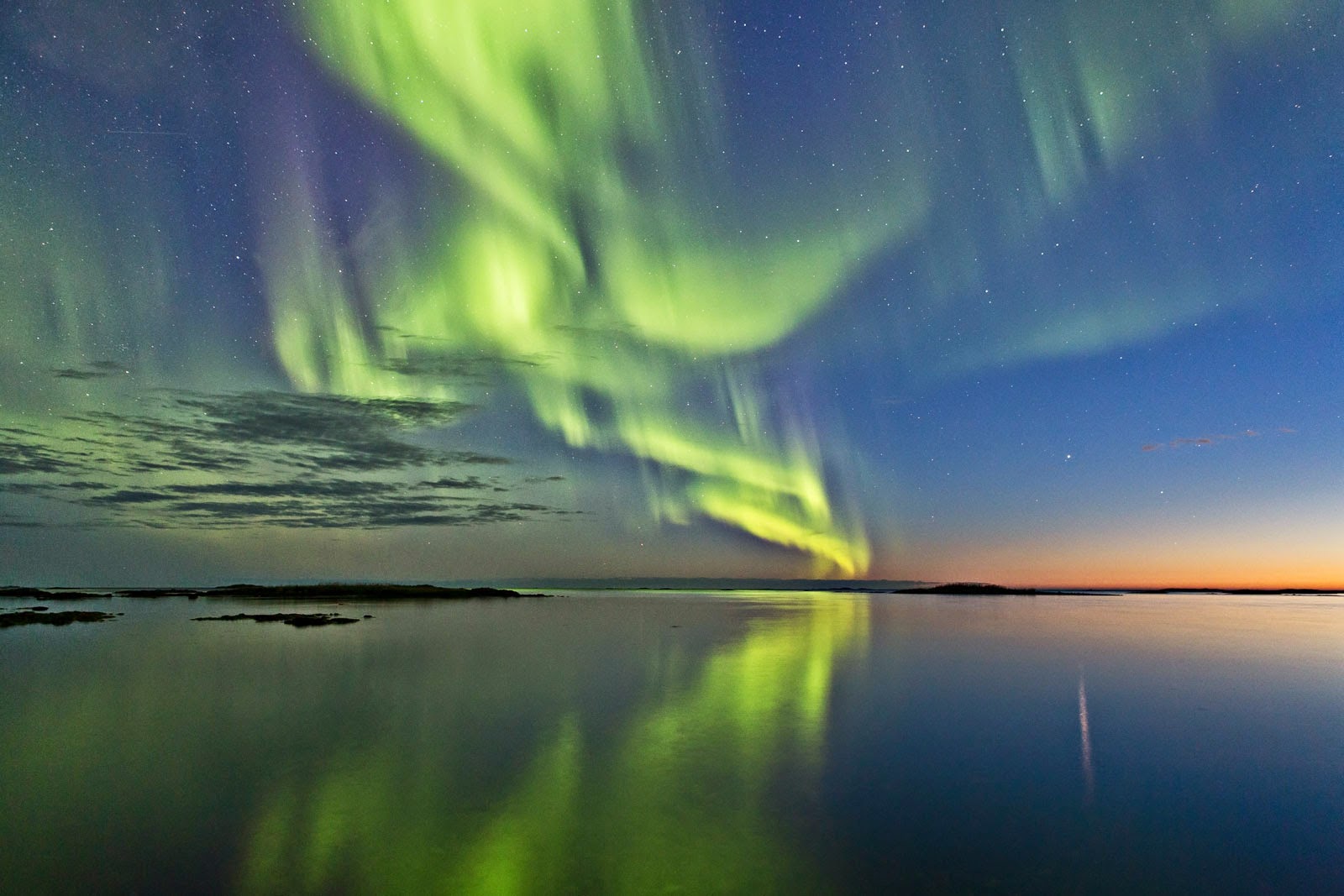 
In a wonderful book which I have been reading called Awakening to the Spirit World: The Shamanic Path of Direct Revelation, by Sandra Ingerman and Hank Wesselman, there is a discussion of the concept of "blessing" which is worth careful study.

Blessing is the act of recognizing that Spirit is coming through what we are witnessing or experiencing. [. . .] Yet the physical plane appears to most as a camouflage universe where Spirit does not appear to exist.

Shamanically speaking, many of us respond to the physical world by assuming a deep hypnosis, a deep sleep where we no longer recognize that Spirit is present. Not only do we go to sleep, but large parts of the world may temporarily go to sleep as well. So it is our job to wake up and to awaken all that is around us. This act of waking up could be called "blessing the world." 25-26.

This is a fascinating and compelling definition of the concept of blessing. As discussed in this previous post, Lakota holy man Black Elk articulated the view of the material world in which we find ourselves as "something like a shadow" which is projected from the unseen world, the world of spirit, the world to which Crazy Horse journeyed in his powerful vision, the world which is actually "the real world which is behind this one" (behind the material world to which we are normally attuned).

The definition of blessing cited above articulates the same vision, saying that this physical world which normally occupies our attention acts as a kind of "camouflage" that hides that "real world behind this one" which Black Elk described. Blessing, from this perspective, then becomes a kind of peeling away that camouflage, an awakening to the world of Spirit that actually does infuse this one (and is in fact the source of this one, according to Black Elk), and ultimately a kind of recognizing and then releasing or enabling or allowing the power of that other realm to shine through the camouflage of this one.

According to the authors of Awakening to the Spirit World, this act of awakening is a central part of our mission -- "our job" as they put it -- during our sojourn in this incarnate existence. "Each human," they explain, "comes with that capacity, with that ability, and with the responsibility to bless" (26). It is not something that may only be done by certain designated intermediaries: it is everyone's responsibility and privilege to awaken to that hidden reality and then to participate in the act of helping to awaken "all that is around us."

Note that this assertion appears to directly parallel the concept of the "raising of the Djed-column" that we have seen in numerous previous posts to be an essential purpose -- perhaps even the essential purpose -- of our incarnation in this earthly existence of "spirit crossed with matter," according to the world's ancient sacred traditions. Posts such as "The shamanic foundation of the world's ancient wisdom," "Scarab, Ankh, and Djed," and "The name of the Ankh, continued: Kundalini around the world" all examine evidence that a central feature of the ancient mythologies and metaphor-systems was the concept of the divine spark being "cast down" into the animal matter during incarnation (symbolized by the horizontal cross-bar on the symbol of the Cross and the Ankh, as well as by the Djed-column of Osiris laid low in death and stretched out horizontally in his sarcophagus or upon his death-bed), and the necessity of our remembering and recognizing that slumbering, forgotten spark of divine spirit which resides in each man and woman, and having remembered it to participate in the "raising of the Djed-column" and the elevation of this inner spiritual nature again.

The implication of the definition of blessing cited above is that we have this responsibility not just individually and within ourselves and our own lives, but we have a responsibility to also help those around us and even our surrounding natural world to also remember the hidden, fiery spirit that is slumbering within, and to help that to stream forth. As Black Elk informs us, the spirit world is no less real just because we cannot see it with our ordinary senses: in fact, the spirit world is the real world, and the source of the one that we can see. And so, this act of calling it forth, or awakening it in the world around us described as the act of blessing by Sandra Ingerman and Hank Wesselman is not just an imaginary or "feel-good" exercise: it is very real.

The element of Spirit is already there, waiting to be acknowledged and called forth -- and in doing so to bless the material world that depends upon the spiritual.

Adding further confirmation to the importance of this concept is the evidence that Dr. Jeremy Naydler has found which suggests that the pharaohs of ancient Egypt deliberately made contact with the spirit world during their Sed festival rites, and that they did so in order to bless the kingdom.

In his examination of this phenomenon in Shamanic Wisdom in the Pyramid Texts: The Mystical Tradition of Ancient Egypt, Dr. Naydler writes:

In the ancient Egyptian social order, there was one person who had a particularly important role in relation to the dead, and that was the king. His primary function was to keep the visible and invisible worlds linked together. The king had to live as much in relation to the spirit world as he did in relation to the visible world. He was, as god-man, the mediator between the worlds. For the king to properly fulfill his function, it was essential that the veil or barrier between the worlds did not exist for him, for his responsibilities included precisely those aspects of the well-being of the country that were dependent on the beneficent flow of vitalizing energies from the spirit realm into the realm of the living. 84.

The king was thus engaged in a ritual communion with the spirits of the land of Egypt. The underlying purpose of this was to reach across to the more subtle spirit world that upholds and vitalizes the physical world, in order to ensure a beneficent connection with it and an unhampered flow of energies from it into the physical. 85.

The clear connection to the concept being articulated by the authors of Awakening to the Spirit World should be evident from the above passages. And, while Dr. Naydler finds evidence that this activity of recognizing the hidden spirit world and inviting its energies to flow into the visible world was the privilege and prerogative of the king in ancient Egypt, the evidence in the posts linked above clearly suggest that the ancient wisdom from cultures around the world contain the message that each and every one of us can and should be engaged in the act of recognizing the spiritual "spark" within and in the act of raising it, raising the Djed-column that has been "cast down." By implication, it follows that each of us may have the responsibility to call forth the same response in the world around us (blessing).

In fact, the frequent repetition of the utterance "Amen" in the scriptures of the New Testament, a phrase which this previous post asserts has directly to do with the recognition of the "hidden divine," seems to support this conclusion as well. That post asserts, based on some strong clues (including the association of the identical hand-gesture with both phrases) that the "Amen" and the greeting "Namaste" have to do with the exact same concept: the recognition of the hidden spark of divinity. The fact that when "Namaste" is said to another, it means recognizing the life force, the divine force of creation, in the other person and also within oneself and within all of nature, indicates that saying "Namaste" to another is a form of blessing, as defined above!

Thus, we find ancient traditions encouraging the frequent blessing of others (that is, verbally recognizing the invisible Spirit within them, and "calling it out" to shine forth). So, saying "Namaste" (or the related "Amen") is an acknowledgement and an invocation of the hidden Spirit -- and this acknowledgement and invocation -- this blessing -- is by no means restricted to the king or the pharaoh. By this, we can see that we all have the privilege and the responsibility to participate in the same work that Dr. Naydler describes the pharaoh as doing during the Sed festival rites: ensuring a beneficent connection with the invisible world, and encouraging an unhampered flow of energies from the invisible world into the physical world.

This responsibility is one we should take very seriously. It should also cause us to be careful with what we say, and to avoid cursing instead of blessing. How many times during the day does something in the physical world elicit some version of the word "Damn" from our lips or in our thoughts? It is a terrible habit that is so easy to fall into (and which seems to be encouraged in so many songs, movies, and shows). It is if anything the opposite of blessing.

This is a concept that is so important to think about carefully, and the practice of our responsibility (and privilege!) to bless others and the world around us one that we should take seriously. Thanks to Sandra Ingerman, Hank Wesselman, and the other contributors to Awakening to the Spirit World for articulating this concept of daily blessing!

Below is a "tweet" from Sandra Ingerman which she wrote on the very same subject within the past twenty-four hours:

The practice of shamanism teaches how to bless all of life. Using the power of words bless yourself, the earth, and all in the web of life.
— Sandra Ingerman (@sandraingerman) September 17, 2014 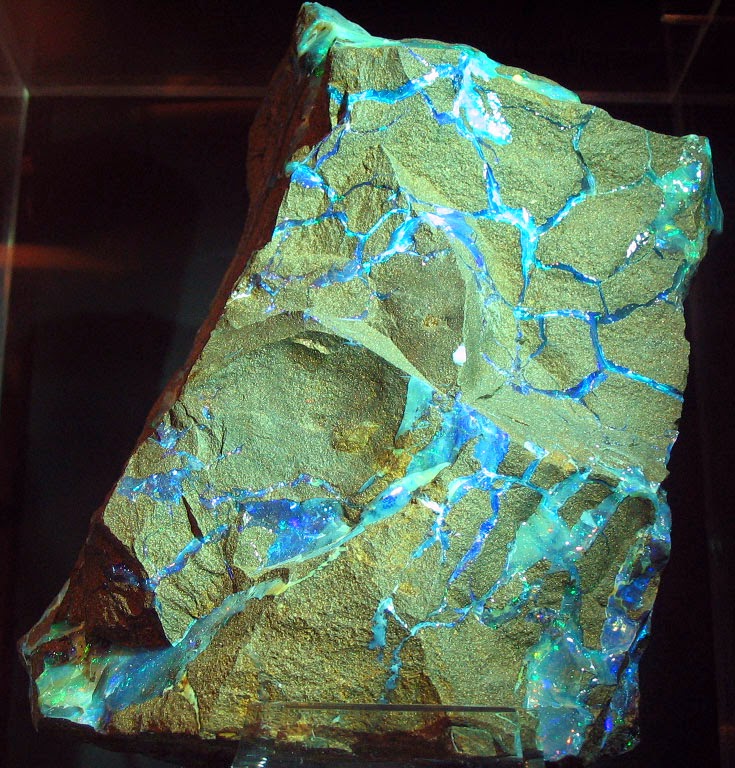 Posted by David Warner Mathisen at 2:04 AM