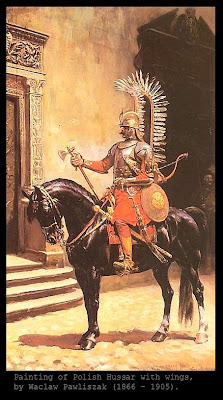 In the previous post, we discussed the groundbreaking 1997 work by William Strauss and Neil Howe, The Fourth Turning. In it, the authors discuss the cyclical perception of time and history versus the linear perception of the same, and examine history for several centuries for evidence that generational cycles follow a regular pattern.

While other historians stretching back to antiquity have observed such cycles, Strauss and Howe are apparently somewhat unique among historians (at least since the fall of the Roman Empire) in suggesting that these cycles generally follow the length of a long human lifespan -- roughly one hundred years, which the ancients called the "saeculum" -- with each such period divided into four distinct phases as each "generation" moves into a new stage of life and into and out of control of the reins of power.

The authors cite historians who have noticed that major wars or "hegemonic wars" or "general wars" seem to take place at the end of the fourth such phase (or "turning"), clearing out the previous age and preparing the way for a new start to the entire cycle, saying:

The culminating phase of the saeculum is a quarter-century era of war, upheaval and turmoil. Early humanist scholars called this the revolutio [. . .].

A better word is crisis. Its Greek root krisis refers to a decisive or separating moment. In disease, the krisis is when physicians know whether a patient will recover or die; in war, it is the moment in battle that determines whether an army (or nation) will triumph or fall. [. . .]

The Crisis ends one saeculum and launches the next. 38-39.

Yesterday's post, on the tenth anniversary of September 11, 2001, stated that such a Crisis had not yet arisen, although the authors of The Fourth Turning believed that one would take place sometime in the period between 2005 and 2025. September 11 does not fit the definition of Crisis outlined above, because it did not indicate or determine whether one side would triumph or fall.

However, the date of the September 11 attack was apparently chosen by the murderous perpetrators in memory of a previous moment of true Crisis, when a decisive battle did determine which side would triumph and which would fall -- the Battle of Vienna, September 11 and 12, 1683.

During that battle, an invading army of Ottoman Turks numbering about 150,000 had laid siege to Vienna, a siege they had initiated in July. The core of the city was held by a small number of Austrian soldiers (about 11,000) plus about 5,000 citizens, and the Ottoman army decided to try to starve them out since their artillery could not breach the walls (a series of mining and countermining operations went on during the siege).

The siege was lifted by the arrival of reinforcements led by the King of Poland, Jan III Sobieski, with about 27,000 Polish soldiers, another 45,000 German and Austrian reinforcements, and 3,300 Polish winged hussars. These hussars were a fearsome force, carrying long lances measuring fifteen to nineteen feet, capable of charging as a unit unlike the single heavy knights that typically operated alone or in only loose formations, and their charges carried tremendous physical and psychological shock effect. The winged hussars were quite used to defeating much larger enemy armies. Their armament and tactics are described here (among many other places on the web and in the annals of military history).

The situation had grown extremely dire for the defenders of Vienna by the time Jan III Sobieski arrived, with food having run out and starvation and weakness taking a serious toll, while sappers from the besieging army had tunneled beneath the walls to plant explosive mines, blowing several holes in the walls during the first days of September, and the beleaguered inhabitants of the city were bracing for the final assault.

The Polish King attacked on September 12, leading his winged hussars in a devastating charge against the center and flank of the much larger Ottoman army, sending the Austrians and Germans to assault on the left. The ferocity and skill of the winged hussars, as well as the personal leadership and tactical plan of the experienced Jan Sobieski, was clearly decisive to the battle's outcome.

An interesting aspect of the feared winged hussars of Poland is the allegation by some historians that the practice of wearing eagle feathers and "wings" by horsemen of the Hungarian steppes (where the Polish originally learned to employ cavalry in this manner) originated with the shamans of Asia. Feathers are one of the most characteristic clothing items that distinguish a shaman, whose job description entails flying to the successively higher (and sometimes lower) worlds of the shamanic cosmology, as described in these previous posts here, here, here and here. Instead of actual feathers, long tassels or fringes sewn along the arms and legs of the shaman's clothing could also be used to represent feathers (these were seen among the shaman of the North American Indians as well as in Asia, and still appear on clothing items in modern times, although most of their wearers are unaware of their original magical significance).

Another important aspect of the Battle of Vienna, particularly in light of the fact that the civilization-attacking barbarians of 2001 apparently drew their inspiration for a September 11 attack date from the defeat of the Ottoman army at that decisive battle, is the grievance-mongering that so characterizes the most dangerous enemies of civilization.

We have discussed the grievance mentality that sees the success of one group as the cause for the ills of another group in previous posts -- see here and here, for example. The Nazis under Hitler clearly exhibited such grievance-mongering, placing the blame for any perceived economic injustice or perceived humiliation on the Jews, as many of their descendents in the grievance industry around the world continue to do to this day. The Communist ideologies of Marx and Mao Tse-tung were identical to the Nazis in their identification of the source of all problems and grievances with a certain class or group, although the groups they identified may have been based more on social roles than on religion or ethnicity.

In all these cases, such grievance-mongering has led directly to the idea that violence is justified and that the seizing by force of property and even the perpetration of violence and murder against the supposed "oppressor" is condoned and even encouraged, just as apparently happened on Easter Island.

As we examine the forces who condone violence and theft in the name of such grievances, forces both within and without, so to speak, it is important to be aware of the cyclical nature of history and the fact that civilization and learning has been catastrophically lost before -- that history is not a story of relatively unbroken upward progress, in spite of the just-so stories we are traditionally taught in school.

The perspectives and terminology offered by the authors of The Fourth Turning are invaluable in trying to sort out the forces which appear to be building towards another existential Crisis point.