The ancient torch that was lighted for our guidance 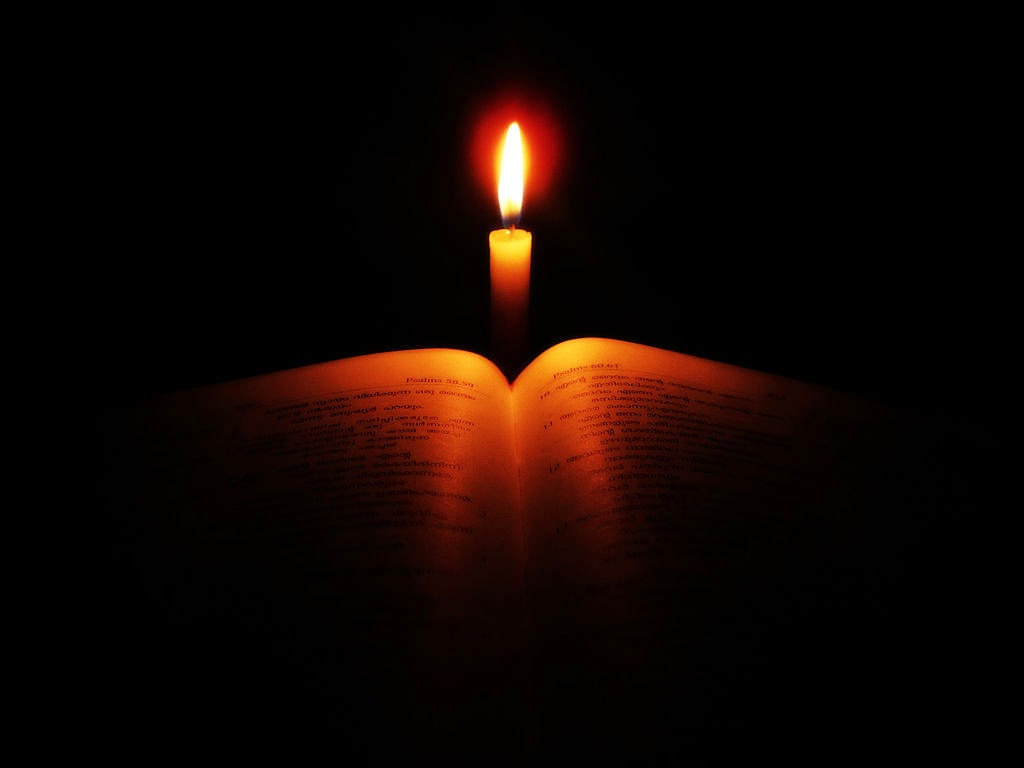 
At the beginning of his nearly 600-page tour de force Lost Light, Alvin Boyd Kuhn declares that his aim is not to attack what he calls at one point "the lovely temple of ancient truth," but rather to restore it.

He proclaims his reverence for "the Bibles of humanity," by which he means the ancient scriptures and sacred traditions of humanity -- and he includes the scriptures of the Old and New Testaments in that group.  "In them," Kuhn writes, "were given the ordinances of life, the constitution of the cosmos, the laws governing both nature and mind" (2).

He states that he feels it necessary at the very outset of his work to make this declaration, because he intends to then go on to launch a frontal assault upon the whole "untenable structure" of "ecclesiastical doctrinism" which has grown up to replace the temple of ancient truth found in those Bibles of humanity (1).  He minces no words in calling the literalist interpretation of the ancient truth "an unconscionable perversion of its original significance to gross repulsiveness," and saying that "the errors and distortions perpetrated upon it by those of its own household must be ruthlessly dismantled" (1).  But he is very clear that he reserves his devastating assaults for the interpretations that have been forced upon the ancient texts, and not upon the texts themselves.

This is a critical distinction, and it is one that is all too easily missed, especially by some of those writing today who likewise perceive that the texts are not meant to be taken literally. It is a tremendous error to make the leap from perceiving that the ancient stories describe celestial events and not literal historical earthly events, to the erroneous conclusion that the stories are somehow less profound because of it, or even that they should be criticized or mocked.

It is perhaps understandable that some, in their anger at what Kuhn calls an "endless train of evils, fanaticisms, bigotries, idiosyncrasies, superstitions, wars and persecutions" that followed inevitably from the near-total destruction of the ancient philosophical knowledge in "about the third century of Christianity's development [. . .] ushering in sixteen centuries of the Dark Ages," to wish to lash out at the texts that the perpetrators of those injustices were citing as an authority for their actions.  But it is a serious mistake to confuse a perversion of the texts with the value of the texts themselves (both quotations are from page 3). Kuhn throughout his work expresses deep reverence for what he calls "the sage tomes of antiquity" and compares their contents, rightly interpreted, to a light for our guidance -- a light which has over the centuries been all but lost (hence the title of his own book).

He writes of "modern man" that, "The ancient torch that was lighted for his guidance he has let burn out.  This lamp was the body of Ancient Philosophy" (4).  He also refers specifically to the year in which his own book was coming to print, saying: "The present (1940) most frightful of all historical barbarities owes its incidence directly to the decay of ancient philosophical knowledge and the loss of vision and virtue that would have attended its perpetuation" (3).

Again, this reverence for the ancient scriptures (not just those included in the Bible but all the "sage tomes of antiquity" from many different cultures, as well as those ancient scriptures not included in the "canonical" Bible such as the Pistis Sophia and the Hermetic texts, to which he refers in Lost Light) sets Kuhn's work apart from many others who have likewise perceived the errors in the literal approach to those scriptures, but who use those literalistic errors to then wrongly denigrate the texts themselves.

We can perhaps detect in this prologue of Alvin Boyd Kuhn's book a caution against falling from one error into an equally harmful opposing error -- either of which can cause us to miss the ancient torch that was lit for our guidance.

I have argued that an important aspect of the core message of the ancient scriptures (whether Norse or Vedic or Biblical or Maya) is a "shamanic - holographic" understanding of the nature of the cosmos and the nature of human existence.  If this assertion is correct, and if malevolent forces wanted to suppress this shamanic - holographic understanding (perhaps because it is too empowering to men and women, makes them too difficult to manipulate or enslave or deceive, or for one of many other possible reasons malevolent forces might want to suppress this cosmology), then it would not really matter to them whether the shamanic - holographic was obscured because people took the texts literally and thereby missed their esoteric message, or if they vehemently rejected the literal interpretation and in their vehement rejection went on to denigrate the texts, and thereby missed the esoteric message as well.

There have been some in the past who have written on the celestial allegories which are abundantly evident in the ancient texts -- and some writing today -- who stop there, and do not go on to the "higher message" that these exquisite allegories were intended to convey (this is akin to never teaching the child the connection between the trinomial cube and the trinomial itself, or never teaching Daniel-San the meaning of "wax on, wax off," and leaving him at the mercy of the bullies who continue to physically assault him).

The ancient sacred traditions of all cultures, which share a common system of celestial allegory and which were (I believe) intended to convey a common esoteric knowledge of great power and tremendous benefit to men and women throughout the ages, are indeed an ancient torch that was lighted for our guidance.  It is possible that more than one method has been devised to keep this light from being rekindled.

One is a literalism which proclaims a high view of ancient scriptures, but which in fact refuses to even entertain the possibility that those scriptures are esoteric and not literal (and, in doing so, also denigrates all the other ancient traditions of mankind, traditions which the literalist approach likewise views strictly literally, and thus labels them the "doctrines of demons," rather than seeing them as esoteric also).  This literalist approach will obviously reject the shamanic - holographic cosmology which the ancient scriptures were designed to convey.

But the other error can be just as damaging, even as it recognizes that the literalist approach is incorrect.  It sees the errors of literalism, and traces these to the texts themselves, which it insults, or mocks, or denigrates.  Those falling into this error may even perceive that the texts contain celestial allegories, but they use this fact to further mock the literalists and -- erroneously -- the texts themselves, saying "it's just a bunch of primitive sun-worship" or words to that effect.  In doing so, they run the risk of also missing the profound and sophisticated cosmology which these ancient texts were designed to teach.

This is a very important subject, and one which deserves careful consideration.

Posted by David Warner Mathisen at 12:58 AM