The centrality of ecstasy, according to ancient wisdom 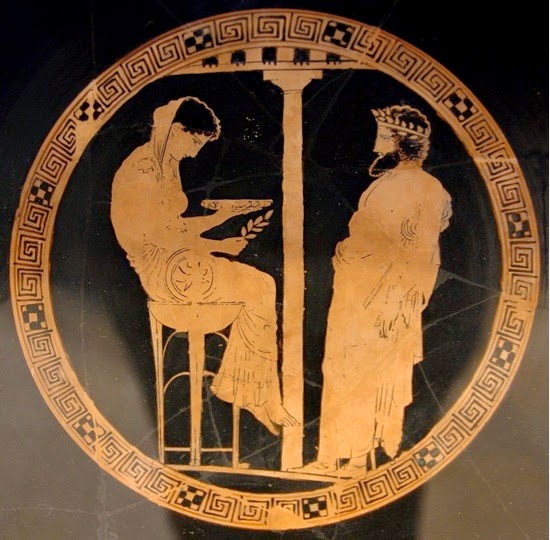 
In an important text entitled "Man in search of his soul during fifty thousand years, and how he found it!" poet and Egyptologist Gerald Massey (1828 - 1907) declares:

The ancient wisdom (unlike the modern) included a knowledge of trance-conditions, from which was derived the Egyptian doctrine of spiritual transformation.  [See section 17 of Massey's text].

This statement is worth careful examination.  First, judging by the second half of the sentence ("from which was derived . . ."), it is evident that Massey considers the ancient wisdom of which he speaks to have predated ancient Egypt, and to have been the even more ancient source from which the Egyptian doctrines were derived.  In other words, Massey is referring to a wisdom which predates one of the most ancient civilizations known to history.

Second, we see that the heart of his sentence is the declaration that this ancient wisdom concerned "knowledge of trance-conditions," and that this knowledge was somehow intimately involved with the concept of spiritual transformation.

By "trance-conditions," the rest of the essay makes clear, Massey is referring to the process of "entering the spirit world as a spirit" and then returning to the material world of everyday life.  Even further, he explains that in trance one actually "enters the eternal state" (both quotations from section 17).  From this contact with the eternal state, one can gain the knowledge that comes only by personal experience, which the ancients called "gnosis."

Note that in the previous post entitled "Wax on, wax off," describing the famous scene from Karate Kid (1984), it was pointed out that in the video clip that Mr. Miyagi never actually "explains" anything to Daniel-San: Daniel-San experiences it for himself (no matter how many times you have seen it in the past, or how well you think you know that scene, it is worth watching it again for its beauty and power).  Neither does Mr. Miyagi ask Daniel if he "believes" the moves will work: Daniel-San experiences that for himself too.

Massey makes this very point in part 20 of the same essay where he asks:

What do you think is the use of telling the adept, whether the Hindu Buddhist, the African Seer, or the Finnic Magician, who experiences his "Tulla-intoon," or supra-human ecstasy, that he must live by faith, or be saved by belief?  He will reply that he lives by knowledge, and walks by the open sight; and that another life is thus demonstrated to him in this.  As for death, the practical Gnostic will tell you, he sees through it, and death itself is no more for him!  Such have no doubt, because they know.

In the first quote cited above, Massey declared that the ancient wisdom (in contrast to the modern) included this very knowledge: the knowledge of ecstasy, of leaving the "static" of physical realm ("ecstasy" comes from "ex-stasis," or outside of the static or solid).  The ancient wisdom was centered around the experiential knowledge -- the gnosis -- of the non-material realm: this is what distinguishes the ancient wisdom from the modern, which Massey plainly says is completely impoverished in comparison to the ancient gnostic wisdom.

The Undying Stars explores the evidence that all the ancient vessels containing the ancient wisdom (wisdom which predates even ancient Egypt) have ecstasy and gnosis as their central concern.  In other words, the ancient wisdom can in an important sense be described as being in some sense shamanic.  The ancient Egyptians appear to have possessed a shamanic tradition of out-of-body contact with "the spiritual realm" or "the eternal," as shown by Lucy Wyatt and other researchers who are cited in her book Approaching Chaos (2010).  The ancient Greek civilization had oracles who entered into a trance-state, including the most famous of the ancient oracles, the Pythia at Delphi.  There were also the ancient mysteria, found in many ancient cultures, which involved profound experiences and possibly altered states of consciousness, all designed to impart gnosis to the participants.

There is substantial evidence of a similar centrality of "ecstasy" or "trance-conditions" in many other sacred traditions around the globe, including those whose shamanic wisdom survived right up through the nineteenth and even the twentieth centuries (and, in some more remote locations, survives to this day).

The Undying Stars further makes the argument that the esoteric texts which were incorporated into the Old and the New Testaments were also originally intended as vessels to convey this very same ancient wisdom, just like all the others.  It was the literalists who destroyed this understanding and who insist that their texts have no kinship with all the other closely-related sacred traditions of the world.  It was the literalists who denied the clear fact that these texts (those in the Old and New Testaments, just as much as those of ancient Egypt or of ancient Greece) are meant to be understood gnostically -- that is to say, esoterically rather than literally, perceiving that they are designed to convey the same knowledge born of the experience of the eternal.  And it was the literalists who labeled all the other sacred traditions of the world as "pagan" or "heathen" and who commenced a centuries-long campaign to destroy their ancient knowledge, convert their people at the point of the sword to the literalist religion, or kill them if they would not convert (see, for example, the history of the brutal campaigns of Charlemagne, who is pictured in this previous post).

In doing so, those behind the campaign against the shamanic and ecstatic and gnostic have robbed humanity of its ancient heritage, inflicting untold death and misery in the process.  Further, if the experience of the ecstatic is essential to the kind of knowing described above by Massey, they have robbed a large number of individual men and women of the opportunity to develop a vital gnosis of their own.

But there is much more to the loss even than that, because the evidence also suggests that the ability to cross over into the other realm and return with the knowledge available there benefited the entire community or civilization, and may well be the source of technical and medical knowledge which could not be obtained otherwise, which shamanic cultures demonstrate (including that of the ancient Egyptians), and which conventional historical paradigms absolutely cannot explain.  If so, then the deliberate eradication of the shamanic, first in the areas conquered by the Roman Empire and then -- systematically -- in other cultures in other parts of the globe, may have stunted the civilizations that have developed ever since.  Who knows what shape cultures would take today, and what capabilities and peaceful arts we might enjoy, had the esoteric vessels that carried the ancient wisdom not been deliberately fouled by the literalists.

There is one more aspect of this discussion which is worth considering, and that is the logical possibility that those who deliberately suppressed the esoteric, gnostic, shamanic understanding of myths and sacred scriptures like those found in the Old and New Testament (and then destroyed the gnostic and esoteric and shamanic understanding of other cultures as well, forcing them at the point of a sword to accept the literalist religion) kept the ancient knowledge for themselves, while denying it to everyone else.  Given the evidence that the ability to cross the boundaries between the realms may have been connected with the inexplicable medical and architectural achievements of ancient civilizations (and some of the knowledge of modern-day shamanic cultures found in remote regions, such as isolated parts of the Amazon rain forest), there are some rather thought-provoking ramifications if that is indeed the case.

It may be that the first step towards regaining some portion of what was lost begins with the appreciation for the esoteric system of interpreting sacred traditions, scriptures, and myths, coupled with an awareness of how this esoteric approach points to the outlines of an ancient cosmology which understood the nature of the visible and invisible worlds (and our place in them).

Posted by David Warner Mathisen at 12:28 AM