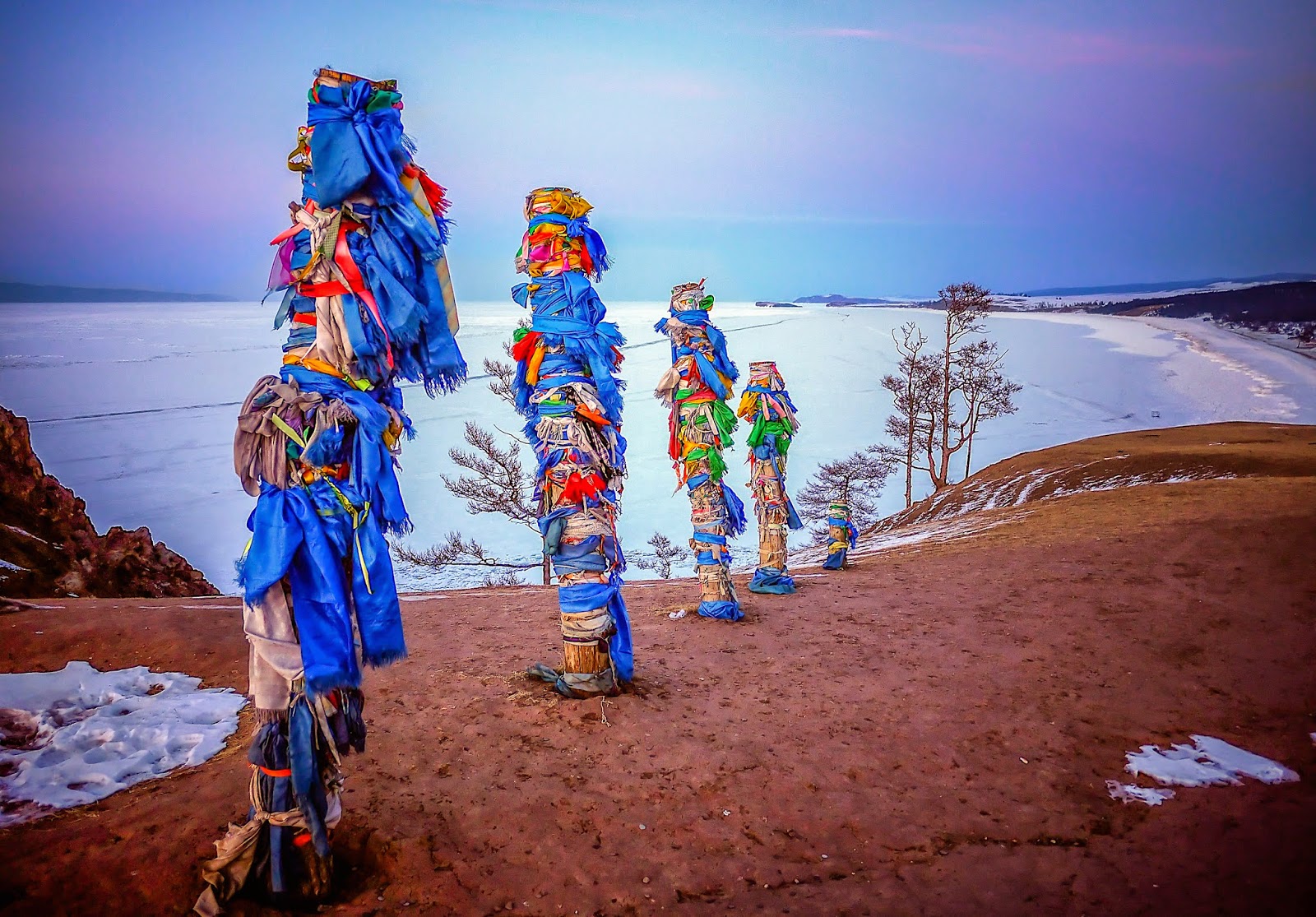 Previous posts have made the assertion that virtually all of the world's ancient sacred traditions incorporate celestial allegory, and that this celestial allegory is central to their esoteric message (see list of links in this previous post for discussion of some of these).

The system of celestial allegory remains the same across traditions which are superficially very different, but which share at their core a common system in which the sun, moon, and the visible planets, along with the silent and majestic backdrop of the fixed stars (and especially those groupings of stars along the ecliptic path, the twelve constellations of the zodiac) have identifiable characteristics which can be used to identify them in the widely varying mythologies from very different cultures and even from different millennia.  As some of the posts linked above assert (and as The Undying Stars argues at some length), the scriptures which were included in the Old and New Testament can be shown to be built upon this same esoteric system of celestial allegory.

This aspect of the Biblical scriptures has been noted in the past, although different authors have advanced widely different arguments regarding the reason that the world's sacred stories would be so fixated upon the motions of the heavenly actors.  One of the more cogent and well-supported arguments  comes from the writings of Alvin Boyd Kuhn, who explored the subject at great length in two major works, Lost Light (1940) and Who is this King of Glory? (1944), as well as in many shorter studies and essays.  His thesis involves the argument that the sacred traditions of the world incorporated examples from nature in order to more clearly convey profound truths regarding spiritual matters -- to use the visible in order to teach the invisible -- and that they fastened upon the motions of the heavens as being among the most majestic natural spectacles in all of physical creation, as well as being ideally suited for allegorizing the aspects of the incarnation of the soul in matter and its eternal survival through endless cycles.  Aspects of Kuhn's argument have been discussed in previous posts such as "A Hymn to the Setting Sun, and the ultimate mystery of life," "The horizon and the scales of judgement," and "The undying stars: what does it mean?" as well as the post linked above regarding the question of whether the Bible in fact teaches reincarnation.

It is possible to agree with Kuhn's arguments, while simultaneously arguing that these celestial metaphors at the heart of the world's ancient traditions go even further -- and indeed, this is the approach taken in The Undying Stars.  While Kuhn was extremely insightful in his analysis, and uncovers profound esoteric teachings while plumbing the depths of the ancient metaphors, there were some scientific developments which had not yet come to light at the time he was doing most of his writing.  One of these was the development of holograms visible to the naked eye, which require the use of a light source producing extremely coherent light such as a laser (discussed in this short YouTube video), and the other was the discoveries by theoretical physicists that our universe actually resembles or behaves like a hologram in many important ways.

The Undying Stars demonstrates that, in many incredible ways, the system of allegory found in the world's ancient sacred traditions (including the Bible) can be seen to anticipate the "holographic universe" theory which modern physicists only began to discuss in the 1960s (after the invention of lasers and holograms produced using coherent light). 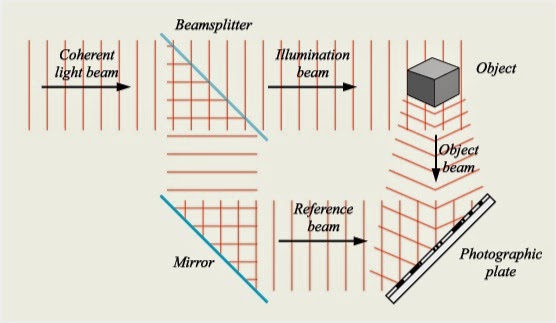 As explained for example in Michael Talbot's Holographic Universe (1992), many theoretical physicists have found the metaphor of the hologram to be extremely helpful for describing a model of the universe which fits the often counter-intuitive discoveries of quantum physics, which began to come to light in the first part of the twentieth century and (after much argument and head-scratching) have become widely accepted among the scientific community and are generally regarded as proven.

In this model, physicists posit that in some ways, the information which makes up the universe which we inhabit (or which we think we inhabit) can be said to be stored in a form that is very much like the information stored in the holographic film or holographic medium described above.  According to this model, the universe we inhabit (or believe we inhabit) is in many ways very much like the holographic projection or the hologram.  There are many recorded lectures available on the web in which professional physicists discuss this model, and the evidence which led physicists to begin to propose it (most of them take about an hour -- the explanation in this paragraph is a gross over-simplification).

The important point for this discussion is the fact that all of the ancient scriptures of the world can be shown to be teaching a cosmology, or a vision of the universe and of the experience of men and women in that universe, which is holographic.  And they convey that teaching esoterically, through the system of allegory described above.

Even more astonishing is the fact that the ancient scriptures of the world not only appear to describe a holographic universe, but they also appear to teach the possibility of crossing over between the ordinary material world of the holographic projection (or hologram), which we normally inhabit (or at least feel like we inhabit) and the hidden, compressed world where the information for that projection is actually stored (the holographic medium or the holographic film, in the metaphor we are using to explain it here).  This ability to cross between these two realms is often described today using the term "shamanic," because this ancient ability survived into modern times primarily among shamanic cultures, but there is strong evidence that all the ancient sacred traditions of the world could be described as shamanic, in that they taught both the possibility and the supreme importance of crossing between those two aspects of our holographic universe.

The Undying Stars attempts to articulate the connection between the ancient system of celestial allegory and this ancient emphasis on the shamanic.

Gerald Massey, who declared that all the sacred repositories of ancient wisdom "included a knowledge of trance-conditions," argued in various places (including the essay "Man in search of his soul during fifty thousand years, and how he found it!" which is the source of that "trance-conditions" quotation), believed that the ascent to the other realm was symbolized by the raising of the tat cross (the ancient Egyptian symbol sometimes depicted as the backbone of Osiris, and usually rendered into our alphabet as the Djed column by more modern scholars), which symbolized the ascension of the spirit in a man or a woman, just as the same column lying on its side or horizontally represented the animal nature or the material prison of the body (emblematic of the coffin or the corpse, in which the spirit is imprisoned during the incarnation in this realm, or of the animals and four-footed beasts who go about in a horizontal fashion).

Massey briefly mentions the tat cross in conjunction with other symbols of spiritual vivification in section 40 of that essay, and dwells in more detail upon its importance as the Tree of Knowledge, a symbol found across many cultures and traditions which is related to the same tat cross or Djed column, often in conjunction with the symbol of the serpent, and often in close vicinity to a body of water or a sacred pool (see for instance Massey's discussion in sections 8 and 9 and 34 through 36).  The same symbology is evident in the photograph above of shamanic poles raised in modern times near Lake Baikal (this previous post includes a photograph from 1904 of a Buryat shaman from the same region).

We may not be accustomed to thinking of the scriptures of the Old and New Testaments as being "shamanic" in nature (in fact, such thinking has been strictly prohibited for many or most of the past seventeen centuries at least), but it can be demonstrated that the same symbology is present and in fact extremely prominent and important in those scriptures, from the first chapters of Genesis right through to the Revelation.

The fact that the ancient sacred traditions of the world can be shown in some sense to be both "holographic" and "shamanic" is extremely significant, especially if (as authors such as Lucy Wyatt and Jeremy Naydler have demonstrated) the techniques of shamanic experience were seen as critical for the health and well-being of the cultures who knew and used them, and as a source for beneficial knowledge and technologies which even today we cannot fully understand.

Posted by David Warner Mathisen at 12:50 AM