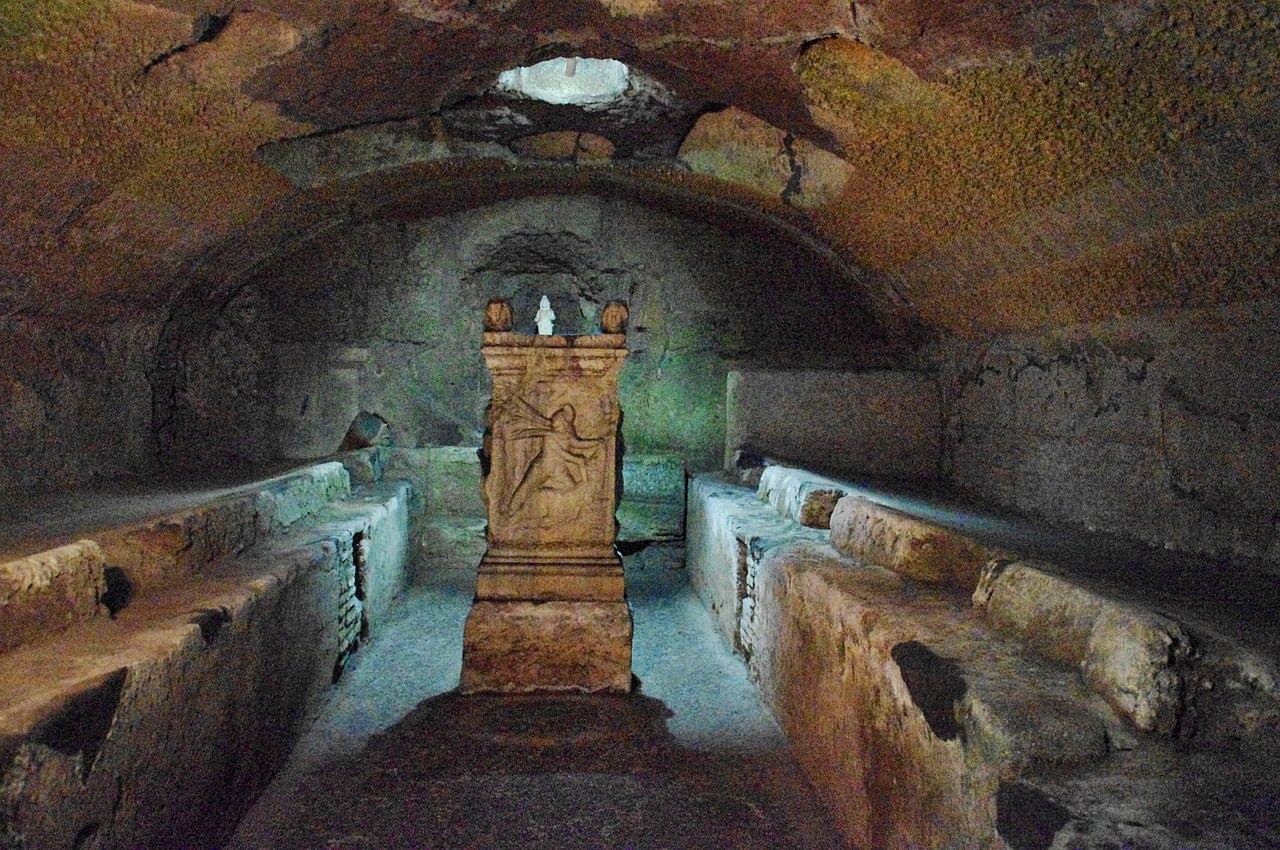 
Conventional scholars continue to debate the origin of the Roman cult of Sol Invictus Mithras, which (based upon the archaeological evidence of the mithraea) arose circa AD 100 and ends in AD 396.  Although scholars today are more circumspect in their pronouncements regarding the origins of this institution than they have been in previous decades (prior to the 1970s), it is still common for well-regarded Mithraic scholars to assert that Mithraism and Christianity were bitter rivals.

For instance, this essay published in a collection in 1994 tells us that: "Between the second and fourth centuries C.E. Mithraism may have vied with Christianity for domination of the Roman world." The author continues:

The Christians' view of this rival religion is extremely negative, because they regarded it as a demonic mockery of their own faith.  One also learns of Mithraism from brief statements in classical Greek and Roman authors.

While it is certainly true that Christian polemicists, including Tertullian, attacked Mithraism on these grounds, this does not necessarily indicate that the two systems were indeed at cross-purposes. Author Flavio Barbiero, whose work is discussed in The Undying Stars and in this previous post, has put forward a theory which argues that the cult of Sol Invictus Mithras was actually the secret society through which decisions were made and strategy enacted to gain control of the "command-and-control" centers of the Roman Empire, and that this exclusive institution, whose proceedings were kept entirely secret, operated in the background, using literalist Christianity as a public and nonexclusive shield -- one that it controlled, and one that would take the brunt of those who wanted to stand against the underground campaign.

Flavio Barbiero offers a host of evidence to support this view of events, and the conclusion that this campaign was ultimately tremendously successful -- successful to the point that it shaped European history and then world history for the following seventeen centuries, and continues to do so to this day. The following points are taken from his 2010 publication The Secret Society of Moses: The Mosaic Bloodline and a Conspiracy Spanning Three Millennia. Many of these pieces of evidence are also discussed in his 2010 article entitled "Mithras and Jesus: Two sides of the same coin" on the website of Graham Hancock.

Note that the following points are not intended to be aimed at any particular branch of Christianity as it has existed since the fourth century, but rather to shed light upon the possible origins of all of literalist Christianity, which deliberately chose to take a very different approach to the interpretation of the Biblical scriptures, and one which intentionally cut itself off from all the "pagan" traditions of the world as well as from the esoteric, gnostic, Sethian, Valentinian and Hermetic forms of Christianity which existed prior to this juncture in history.

In this light, we are forced to conclude that Sol Invictus Mithras and Christianity were not two religions in competition, as we often read, but were two institutions of a different nature that were closely connected. Rather than being a simple hypothesis, this is practically a certainty. It is unthinkable that the Roman church continued to extend hospitality to the head of a rival pagan religion for more than half a century and at the heart of its most exclusive property, the basilica dedicated to the prince of apostles. The Mithraic pater patrum and the bishop of Rome must necessarily have been closely linked. 163-164.

These are by no means all the pieces of historical evidence which Flavio Barbiero musters to support his assertion that the institutions of Sol Invictus Mithras and literalist Christianity actually worked "hand in glove." Further, while this is a central part of his overall theory, there is much more to the theory, and that "much more" is itself supported by still further extensive evidence from other aspects of history.

In short, there is so much evidence to support this thesis that it simply cannot be ignored, and deserves careful consideration by everyone who wishes to explore the possible reasons for the suppression of the ancient celestial system of allegory which (I believe) was meant to preserve and to convey a sophisticated shamanic-holographic cosmology that was once widespread around the globe and which flourished in "the west" right up until the fourth century AD. The loss of this ancient wisdom, an inheritance belonging to all of humanity, is an absolutely watershed event in human history, and one which continues to impact our lives right up to the present day.


----------------
Special note: if you have not yet seen it, you might be interested in this previous post discussing possible connections between Mithraism and the later Knights Templar.

Posted by David Warner Mathisen at 12:19 AM