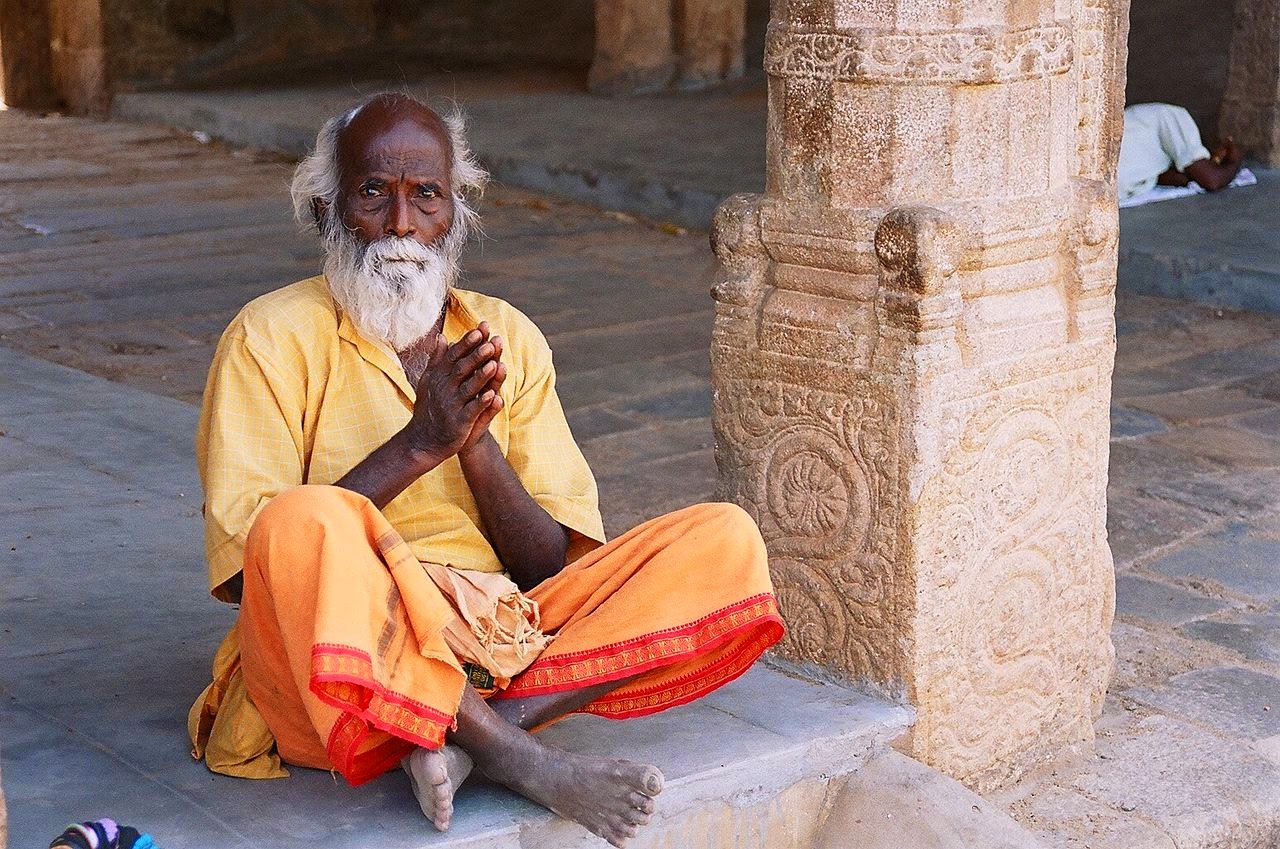 
In the previous post entitled "Amen and Amenta: the hidden god and the hidden realm," we examined enough evidence from ancient mythology (including stories found in both the Old and New Testaments) to conclude "that buried within the scriptural metaphors is the concept of the 'hidden god,' the divine spark which resides within each man or woman, practically unknown and even forgotten."

Alvin Boyd Kuhn devotes an entire chapter in Lost Light to this concept and to the mythological metaphors which were meant to convey this teaching of the hidden spark of divinity within humanity. In "Colonists from Heaven" (pages 105 - 127), Kuhn demonstrates that myths involving a god or goddess who is cast down into the "underworld" or imprisoned there or cut up and scattered across the earth or lost and searched for by another god or goddess (usually by a goddess) may all be seen as illustrating this teaching.

Among these myths, Kuhn lists the dismemberment of Osiris and scattering of the pieces of his body across the earth, the search by Isis for Osiris, the search by Demeter for her daughter Persephone, the  descent of divine Eros to wed the mortal Psyche, the bringing down by Prometheus of fire inside a smoldering Thyrsus reed to humanity, the casting down of Lucifer and the fallen angels into the lake of fire, the descent of Hercules into the underworld to drag up the three-headed dog Cerberus, the New Testament parable of the prodigal son, the command given to Abram in the Old Testament to depart from Ur of the Chaldees and go to a new land, the various descents into Egypt found in the Old and New Testaments, and many others.

In addition to all the evidence Kuhn himself musters in his argument, we could add the evidence found in ancient sources, including the hints given to us by the important philosopher and historian Plutarch, (c. AD 46 - AD 120) who describes the searching for dismembered body of the god Osiris by the goddess Isis in his famous essay "On Isis and Osiris" in Moralia.

Plutarch begins the account of the murder of Osiris by Set and the subsequent searchings and wanderings of Isis in section 12 of that essay, but the things he says, seemingly unrelated banter, in the lead-up to the Isis and Osiris myth itself should not be dismissed and were no doubt intended by Plutarch to help to enlighten his readers upon the true meaning of what follows. In section 9, Plutarch takes up the idea of the deepest philosophy being "veiled in myths and in words containing dim reflexions and adumbrations of the truth," and then he takes up the concept of the hidden god "Ammon" or "Amoun," saying:

Moreover, most people believe that Amoun is the name given to Zeus in the land of the Egyptians, a name which we, with a slight alteration, pronounce Ammon. But Manetho of Sebennytus thinks that the meaning "concealed" or "concealment" lies in this word. Hecataeus of Abdera, however, says that the Egyptians use this expression one to another whenever they call to anyone, for the word is a form of address. When they, therefore, address the supreme god, whom they believe to be the same as the Universe, as if he were invisible and concealed, and implore him to make himself visible and manifest to them, they use the word "Amoun"; so great, then, was the circumspection of the Egyptians in their wisdom touching all that had to do with the gods.

This little discourse by Plutarch (on the subject of concealing) is very revealing! No sooner has he given us a reference to a famous authority that the name of the Egyptian god Amun or Amen (whose name is found in the names of Egyptian kings such as Tutankhamun or Amenhotep) than he veers off to the seemingly unrelated observation that "the Egyptians use this expression one to another whenever they call to anyone, for the word is a form of address."

What on earth is Plutarch doing? Is he just participating in some early "stream-of-consciousness" literary technique, nineteen centuries before it would become popular? Is he showing off his vast knowledge of trivial matters? What does the fact that the Egyptians use the word "Amun" to greet one another have to do with the question of whether the hidden god Amen of Egypt is or is not their version of the great god Zeus of the Greeks?

I believe that Plutarch is here giving away the entire key to the philosophy which, in the preceding sentences, he has just finished telling us has always been "veiled in myths" -- a veil which (according to the inscription upon the statue of Isis which Plutarch also cites) "no mortal has yet uncovered."

In other words, he is telling us that the very name of the "hidden god" is also used as a form of address by the Egyptians (and I quote) "whenever they call to anyone." In other words, Plutarch is telling us (without coming out and saying it directly): "The hidden god is found in every single person -- the Egyptians, about whom I have just declared 'so great was their circumspection in their wisdom touching all that had to do with the gods,' find it appropriate to use the name of the hidden god Amun whenever they are calling out to anyone . . . not just some extremely special people, but anyone."

Plutarch immediately goes on to say that when the Egyptians address this hidden god, "whom they believe to be the same as the Universe," they "implore him to make himself visible and manifest to them." In other words, they are performing the same function depicted in the myths of Isis searching for the hidden and scattered Osiris: they are declaring the truth that divinity is buried in everyone they meet (and within themselves as well), but that we have to remind ourselves of this truth, because it is not intuitive and it is not always obvious! It is, in fact, quite easy to forget and to start acting like the prodigal son in the parable, eating among the swine and descending into the condition of a brute.

The Egyptians, Plutarch notes, thus greet everyone with the name that signifies "the hidden divinity" (whom they believe to be the same as the Universe), treating him "as if he were invisible and concealed, and implore him to make himself visible and manifest to them."

It is very interesting to note that this practice of the Egyptians, preserved for us in the writings of Plutarch, seems to parallel quite closely the practice which survives to this day in India and Tibet of the salutation Namaste or Namaskaram, a very ancient practice and one described in the Vedas.

Note the emphasis here upon a "constant reminder" of a truth which is a hidden truth -- one we need to  reminded ourselves regarding.

Here is another explanation online about namaste or namaskaram. There again, we read that:

The reason why we do namaste has a deeper spiritual significance. It recognizes the belief that the life force, the divinity, the Self or the God in me is the same in all. Acknowledging this oneness with the meeting of the palms, we honor the god in the person we meet.

Clearly, the parallels to what was still a teaching and a practice among the Egyptians during the time of Plutarch and to the practice of doing namaste or namaskaram are quite pronounced. We could almost say that the descriptions of the meaning of namaste cited above could apply equally to the ancient Egyptian practice of greeting with the word "Amun" or "Amen."

And here we encounter an unexpected parallel which strikes us with all the force of one hand clapping (so to speak). And that is the fact that all the descriptions of namaste include the fact that this greeting is always accompanied by the mudra or hand posture of placing the palms together (anjali mudra), generally in front of the heart chakra, and that in fact the gesture itself is often performed without the verbal greeting, although the verbal greeting is not performed without the hand gesture.

In light of the evidence that we have been finding which suggests that the ancient Egyptian greeting "Amen" carries the same meaning as the "namaste" or "namaskaram" (both "Amen" and "namaste" recognize the hidden god in ourselves and in other men and women and children), is it any wonder that the word "amen" in Christianity is often accompanied by the exact same hand gesture? That is to say, are prayers which are concluded with the word "Amen" not also accompanied in many instances by the mudra of the hands placed palms together, at the level of the heart chakra?

This fact is powerful evidence that the greeting Plutarch is describing, which has to do with the  concept of the hidden god (Amen or Amun in ancient Egypt) is in actual fact closely related to the salutation namaste or namaskaram in India -- they are not just similar concepts that express the same idea but they are in fact related in some way (one is either descended from the other, or both are descended from some even more ancient common ancestor). The fact that the Christian "Amen" also uses the hands-together gesture shows that it, too, is directly related to the salutation of namaste or namaskaram, as well as to the hidden god Amun of ancient Egypt.

This is yet further evidence that all the world's ancient sacred traditions are in fact deeply connected.