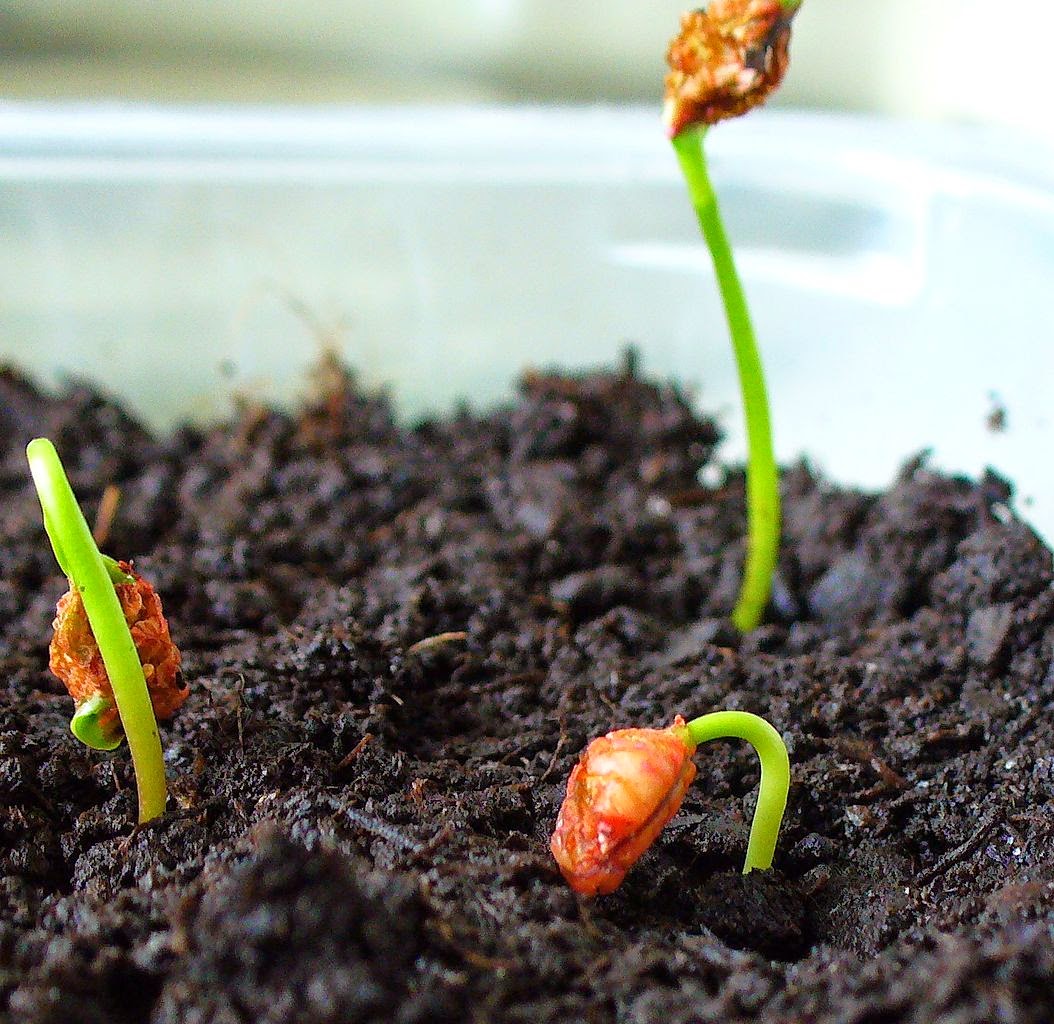 
In the previous post, we saw evidence which bolsters the theory proposed by Jeremy Narby that shamanic cultures use communication with the spirit world in order to gain access to knowledge not explainable by conventional methodologies (conventional methodologies such as the process of trial-and-error). Previous posts have explored this concept, such as this one, this one, and this one.

The Undying Stars examines the body of the world's sacred mythologies and finds evidence that all of it can be conclusively shown to be based upon a common system of celestial metaphor -- no matter where in the world those myths are found.

From there, one can build a solid case that the message conveyed by these star-myths was a shamanic message: they teach a view of the universe that includes a vitally important unseen realm, and they teach the possibility of communicating with and even traveling back and forth to that unseen realm, in order to gain knowledge not otherwise obtainable, and in order to effect change (change in one realm impacts the other).

All of them teach a view of the universe that includes a vitally important unseen realm, and the possibility (and necessity of) communicating with and even traveling back and forth to that unseen realm -- including the sacred stories in the Old and New Testaments of the Bible. This interpretation of the Biblical stories, however, has been suppressed for at least seventeen hundred years.

The unseen realm called by many names. The Aborigines of Australia call it Dreamtime. The various cultures of the Americas refer to it as the Spirit World. The concept of the apeiron articulated by the pre-Socratic philosopher Anaximander appears to share almost all of the important aspects of the spirit world or hidden realm, including the fact that it was conceived as being boundless, timeless and infinite, and that it is an unfailing "reservoir" from which new life and new worlds unfold and into which they eventually disappear, only to unfold again in new forms.

This description of the apeiron, as well as of the spirit worlds of the other cultures from around the world, matches very well the ancient Egyptian concept of the hidden realm, which they called Amenta or Amentet, and which was accessed through the gateway of the Duat (sometimes rendered into Latin script as Dwat).

Jeremy Naydler is the author of Shamanic Wisdom in the Pyramid Texts, an extremely important study which offers evidence that the ancient Egyptian Sed Festival performed periodically by the kings of Egypt (assisted by the priests) actually involved a hidden rite taking place inside purpose-built pyramids, during which the king would enter a trance-condition and communicate with the hidden realm, for the purpose of bringing harmony and blessing to the entire kingdom.

Death was a realm -- not a physical realm but a subtle realm that they referred to as the Dwat. Furthermore, the realm of the dead was for them an ever present factor of life, interpenetrating the world of the living. In the realm of the dead, invisible forces, powers, and energies -- gods and demons as well as the spirits of the dead -- are active, and their energy impinges directly on the world of the living. The Egyptians were intensely aware that the world they lived in was more than just the world perceptible to the senses. It included a vast and complex supersensible component as well.

It would be a mistake, then, to regard the Dwat as simply the realm of the dead. It is the habitation of spirits, of beings that are capable of existing nonphysically. These include the essential spiritual energy or life energy of those beings and creatures that we see around us in the physical world. In the Dwat, everything is reduced to its spiritual kernel. Just as the forms of living plants, when they die, disappear from the visible world as they are received into the Dwat, so when the young plants unfold their forms again in the new year, they unfold them from out of the Dwat. This "hidden realm" (literally amentet, another term for the realm of the dead) is the originating source of all that comes into being in the visible world.

Therefore the Dwat, as much as it is the realm of death, is the source of all that comes to exist in the material world. The lord of this realm of death, which is also the realm of rebirth and rejuvenation, is Osiris. Thus the realm of Osiris, where the dead dwell, was by no means only a place where exhausted and tired-out life languished in a state of passive inertia. It was where things also existed in a state of energized inwardness, poised to burst forth again into manifestation. The Egyptian understanding of the realm of the dead, then, was that it was the source of the fertility of the land, the growth of crops, and the increase of herds. And the dead were not just passive in this realm, but were felt to have a special role as the guardians of the forces of life, and hence the well-being of the whole land of Egypt. This is the meaning behind the ancient Egyptian cult of the dead: It was not simply about remembrance; it was about ensuring that a connection between the manifest world and its vital spiritual kernel was maintained, for the dead were the conduits of this inner spiritual vitality to the outwardly manifest world. 83-84.

While some may protest the identification, there is no denying that this word in its form and pronunciation is identical to the amen used in the New Testament scriptures. Is it possible that the use of this word in prayer (which, by its very definition, is communication with the unseen realm) indicates an acknowledgement of this fact and a hope that the prayer will successfully reach the other world?

But this concept of the hidden god and the hidden world goes deeper still, with esoteric connections expounded in Lost Light by Alvin Boyd Kuhn (1940). There, he explains that the ancient myths contain the teaching that every man and woman contains a spark of divinity, hidden within the material incarnation, which returns to the hidden realm after the death of the body but, like the invisible life of the plant buried within the seed, will return to bloom forth again. Kuhn finds evidence of this myth in the Old Testament stories of both the ark of the covenant and the ark of Noah. He writes:


Spirit goes into the cabin of the boat of the physical body to be gestated to new birth there. In turn, the body, going to dissolution outwardly, sends its principles into the inner shrine, or ark of the covenant, to be incubated there for its new birth in the next generation. Matter and soul eternally reciprocate dominance and leadership in living nature. And flesh is no more the ark of the soul than the soul is the ark of the flesh. Spirit conserves the gains of matter, to reproduce them in later form, as matter does those of spirit.

As soon as Life bifurcates into its two opposite but complementary nodes, there is set in motion the operation of mutuality and reciprocity, rhythm and balance, between the two. Deep inside the ark was the shrine for Deity; buried in the secret depths of every physical man is Amen-Ra, the hidden Lord.

Inside the physical matrix there hides the form of the god. Inside the god (when not embodied) hides the form of the (next) body. Each will give birth to the other in the cycle. To carry the image of birth in and from water, the boat or ark symbol was introduced. And the vastly important identity between the ark of the Biblical flood and the ark of the covenant in the Old testament -- the boat on the water and the chest in the temple -- has been entirely lost sight of. Egypt kept the intimate relation in view when the chest from the sanctuary was carried on the shoulders of priests in procession in the shape of a boat or inside a boat. The tabernacle was a combined boat and shrine, or ark sanctuary. The fire on the altar or the shrine in the holy of holies was the symbol of divine mind nestling imperturbably in the heart of every material form. 425-426.


It is clear from the above that, at least according to an esoteric interpretation, the scriptures of the Old Testament are teaching a concept very similar, if not identical, to that held by the rest of the world's cultures which taught that this world is interpenetrated by a "hidden world," a "seed world" -- a world in the words of Jeremy Naydler quoted above which is "the originating source of all that comes into being in the visible world."

From the passage just cited, Alvin Boyd Kuhn continues with words which harmonize very closely with Dr. Naydler's description of the Egyptian concept of the Duat or Dwat, Amentet or Amenta:


Life, as said, ceaselessly alternates shuttle-like between the two nodes of manifestation and withdrawal, activity in matter and rest in spirit. From the heart of invisible being it issues forth to express its creative pleasure in building the universe. But it operates rhythmically in cyclic rounds, for it is never static; and its periodic activity is focalized in time, and runs its course to an end, at which the forms built up to express its nature are dismantled and vanish away. 426-427.

But this esoteric interpretation of the Old and New Testament texts has been suppressed for centuries. Thus, the teaching that the word "amen" uttered at the end of a prayer may have reference to the same hidden world which is accessed by the American Indians as the Spirit World and the Australian Aborigines as Dreamtime and the ancient Greeks as apeiron and the ancient Egyptians as Amenta will be reflexively opposed by most "orthodox" interpreters of the scriptures. Likewise the interpretation that buried within the scriptural metaphors is the teaching of the "hidden god," the divine spark which resides within each man or woman, practically unknown and even forgotten.

Alvin Boyd Kuhn avers that the purpose of the ancient myths was to remind us of this reality and to reawaken us from the stupor into which we fall when we incarnate in this material realm. But, with the very existence of the hidden realm denied or obscured or ridiculed, and the very mention of the spark of internal divinity declared heretical by both the religious and the anti-religious alike, humanity in the modern age stands uniquely cut off from the teaching that was once the universal inheritance of all the peoples of the globe, and which still informs those cultures retaining a memory of the shamanic cosmology -- although they are becoming fewer and fewer.