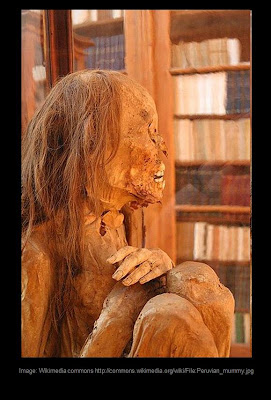 In a previous post, we detailed some of the evidence of mythological parallels found in the legends of cultures as far removed as Scandinavia and the South Pacific. The example of the "world-tree" motif provides clear evidence of some ancient connection, and there are numerous other examples from mythology that are equally compelling or even more compelling.

However, some will argue that these apparent connections are not connected at all, but that numerous cultures simply landed on the same imagery for the same celestial phenomena in their own mythologies -- that they acted "in isolation" from one another. Perhaps, some have argued, there is even some common psychological theme or "collective unconscious" that causes isolated peoples to share similar myths even though separated by vast oceans or centuries of time.

Unfortunately for proponents of the isolationist theory, the mythological evidence is by no means the only evidence that supports the assertion that ancient peoples crossed the oceans quite regularly. There are the startling parallels between the measurements of the Great Pyramid at Giza and the Pyramid of the Sun found at Teotihuacan in modern-day Mexico, for example (the base perimeters of each are remarkably close, and the height of each is related to the base perimeter by a factor of pi: two pi times the height of the Great Pyramid equals the perimeter of its base, while four pi times the height of the Pyramid of the Sun at Teotihuacan equals the perimeter of its base).

Even more stunning are the hundreds of mummies that have been unearthed in New World locations such as Peru. Many of these mummies have red, golden, or auburn hair. Some of it is wavy. All of these hair traits are very unlike the hair of the South American Indians of the area, which is black and very straight. Martin Doutré has documented this fact on his website in great detail.

As Mr. Doutré points out, red hair is a very rare trait among the peoples of the world, occurring in 1% or perhaps as many as 2% of all humans. Its incidence is highest in Europe, especially western and northern Europe. The fact that hundreds of mummies with light hair, many of them with red hair, exist in Peru is astonishing.

It might be possible to argue that these mummies were Europeans who came after AD 1492, except for the fact that they have numerous characteristics that make this explanation extremely unlikely. They are usually buried in a sitting posture (not characteristic of European burials in the modern or early modern periods), they are often arrayed in very colorful blankets and clothing that is completely unlike European clothing of the time, and they often wear their hair very long and sometimes in two long plaits or braids on either side of the head, which is not typical of Europeans after Columbus either.

It turns out that to continue to hold onto isolationist theories, one must look past an awful lot of evidence that argues differently, including evidence from mythology but also from archaeological sites such as the pyramids and even the extensive evidence from human remains.
Posted by David Warner Mathisen at 7:57 AM