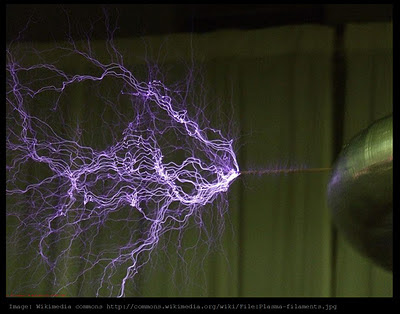 The hydroplate theory of Dr. Walt Brown provides a compelling and unified answer to a host of geological data from around the globe, and in fact from around the solar system.

Many of the phenomena which Dr. Brown's theory can explain remain a mystery to conventional theorists. One mystery of science, not widely appreciated as a mystery by the general public, is the origin of radioactivity. Our earth contains radioactive isotopes which lose energy through the emission of subatomic particles. However, where these radioactive materials actually came from remains a problem for conventional scientific models.

Some of the difficulties posed by the existence of radioactive material on earth were outlined in a report issued by the US National Research Council in 2000. That report listed eleven vexing problems that physicists and astronomers were so far unable to explain. As described in this article published around the same time, one of those eleven questions was number 3: "How were the heavy elements from iron to uranium made?"

The standard models propose that the Big Bang only created the lightest elements in the periodic table, and that "Heavier elements formed later inside stars, where nuclear reactions jammed protons and neutrons together to make new atomic nuclei." However, creating elements such as Uranium (which has 92 protons and up to 146 neutrons), is harder to explain. The article admits: "But when fusion creates elements that are heavier than iron, it requires an excess of neutrons. Therefore, astronomers assume that heavier atoms are minted in supernova explosions, where there is a ready supply of neutrons, although the specifics of how this happens are unknown."

Later, the final sentence of that article declares: "The most massive stars sometimes exploded in energetic supernovas that produced even heavier elements, up to and including iron. Where the heaviest elements, such as uranium and lead, came from still remains something of a mystery."

Dr. Brown points out several other glaring problems with conventional explanations for the origin of radioactive materials (including Uranium, which is one of the most important of them and a major clue to the earth's ancient past). One of the most vexing of these difficulties poses major problems for the conventional explanation of the earth's formation: "Notice, if the earth is 4.6 billion years old and 235U was produced and scattered by some supernova billions of years earlier, 235U’s half-life of 700 million years is relatively short. Why is 235U still around, how did it get here, what concentrated it, and where is all the lead that the 235U decay series should have produced?" (from note to figure 179 in the online 9th edition of Dr. Brown's book).

Uranium-235 is an unstable, radioactive isotope of uranium, containing only 143 neutrons. It decays in a series of intermediate steps to form a stable lead isotope, Pb-207. The hydroplate theory proposes that nearly all of the radioactive isotopes found on earth today were created as a consequence of a relatively recent, catastrophic global flood. This theory explains why Uranium-235 hasn't been creating Pb-207 for billions of years. It also clears up numerous other difficulties, such as the fact that radioactivity is primarily concentrated in the earth's crust (if the earth really formed as a molten ball containing the radioactive isotopes present today, we would expect to find them scattered more uniformly throughout the thickness of the globe, but evidence so far indicates that this is not the case, as Dr. Brown's book also points out).

Dr. Brown proposes a startling mechanism for the origin of the radioactive isotopes found in the earth's crust: plasma discharge during the flood event. He explains:

Powerful electrical activity within earth’s crust produced earth’s radioactivity. As the flood began, stresses in the massive fluttering crust generated huge voltages via the piezoelectric effect. For weeks, this resulted in discharges of electrons within the crust and subterranean water, much like bolts of lightning. These electrical surges squeezed atomic nuclei together temporarily into very unstable, superheavy elements which quickly fissioned and decayed into subatomic particles and new radioisotopes. Each step in this process is demonstrable on a small scale. Calculations and other evidence show that these events happened on a global scale. (See the section of his book entitled "The Origin of Earth's Radioactivity."

The term "piezoelectric" comes from the Greek word "piezo" meaning "squeezing" -- thus, "squeezing electricity" or "compression electricity." Piezoelectric discharge is created in quartz (present in the granite plates of the earth's crust) when it undergoes compression and tensile stretching (see figure 181 in his book). Dr. Brown points to evidence that suggests that very powerful earthquakes even today release electric discharge due to piezoelectric forces -- some examples are cited in this previous post (see also the eyewitness accounts described in this 1912 book beginning on pages 46-47).

As with other aspects of Dr. Brown's theory, his examination of the geological evidence may have important applications to mysteries of mankind's ancient past as well. In this case, the evidence for powerful plasma discharges during the cataclysmic events surrounding the flood itself suggest the likelihood that powerful earthquakes in the centuries immediately following may have been accompanied by more frequent phenomena such as the glows and light flashes still reported in some very powerful earthquakes in the modern period.

If so, it could provide an explanation for the rock art discussed in David Talbott's film, Symbols of an Alien Sky, which he argues contain distinctive elements of plasma discharge formations (paralleling the work of plasma astrophysicist Dr. Anthony L. Peratt). Images and discussion of this rock art and its similarity to plasma geometry can be seen starting at about the 6:20 mark in this video by David Talbott, and further discussion can be seen in this web page and elsewhere.

The plasma connection is compelling, and an important angle for analysts to explore. It seems that the hydroplate theory may contribute to the discussion, especially since it is backed up by literally thousands of geological data points in its favor (unlike some of the more speculative theories that have been proposed to explain these plasma-shaped art forms, such as the theory of longstanding nearby planetary alignment along earth's polar axis, which so far does not appear to have the geological evidence we would expect to find if that had in fact taken place).

In this question, as in the larger question of the origin of earth's radioactivity, and the question of whether there was in fact a cataclysmic global flood as described by the hydroplate theory, it is important to examine all the evidence and to keep an open mind regarding theories that can best explain the evidence. Walt Brown has a quotation in his book which is really quite exemplary regarding the best way to approach such inquiry. In the section introducing his theory for the origin of radioactivity (in contrast to the traditional explanation involving successive generations of stars and supernovas), he says:

Both theories will stretch the reader’s imagination. Many will ask, “Could this really have happened?” Two suggestions: First, avoid the tendency to look for someone to tell you what to think. Instead, question everything yourself, starting with this book. Second, follow the evidence. Look for several “smoking guns.” I think you will find them.