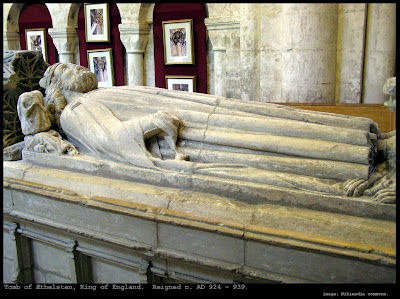 The study of ancient weights and measures is an extremely important one, although it can be somewhat daunting, involving as it does large numbers (many of them seemingly quite unwieldy) and generally unfamiliar terms (how many of us are familiar with the ancient Egyptian atur, for instance?). There is also the further complication that different ancient measurements, such as the cubit, appear to have had many different lengths.

While a full examination of ancient metrology is beyond the scope of this post, perhaps the most important aspect of this subject to consider is the possibility that the measurements of the ancients were designed to reflect a very sophisticated understanding of the size of the spherical earth. Because the orthodox timeline of human history does not admit the possibility that ancient peoples could have possibly displayed such scientific understanding, this aspect of traditional measurements is not well known today.

In an appendix to Peter Tomkins' groundbreaking 1971 work Secrets of the Great Pyramid, professor of ancient history Livio Catullo Stecchini (1913 - 1979) provides detailed arguments supporting the likelihood that the ancient Egyptians understood the size of the earth, that they laid out their measurements to relate to fractions of the distance of latitude, and that they even "developed a simple formula for calculating the length of a degree of latitude at all parallels between the equator and the pole" (328).

This would imply that the ancient Egyptians not only knew the size of the earth with great precision, and that they knew that it was a sphere, but that they understood that the earth is actually an imperfect "spheroid" (or "ellipsoid"), causing the distance between parallel lines of latitude to be longer near the poles than near the equator. This revelation is somewhat astonishing.

Some of the evidence he gives includes the infamous decision by Pharaoh Akhenaten to move the capital from Thebes to Akhet-Aten, and he demonstrates that this decision not only placed the capital at the "true and just" navel of Egypt (as inscriptions from the period insist) from a mathematical standpoint, but that the size of the city indicates an understanding of the size of a degree of latitude that was extremely precise.

He then points out that other kings in history appear to have emphasized measurements relating to the size of the earth, taking a brief detour to discuss King Athelstan of England, who published a series of laws and decrees, among which is a description of "the king's girth," a perimeter around the king's "burh" (or fortified place) within which no man was permitted to raise his hand against another -- an area of amnesty and protection.

A description of this circle around the king's capitol can be found in British Weights and Measures as Described in the Laws of England from Anglo-Saxon Times, by Colonel Sir C. M. Watson, K.C.M.G., C.B., M.A., late of the Royal Engineers (1910). On page 12, that book lays out the measurements of the king's girth given by Athelstan, and notes that the same regulation is repeated in the laws of Henry I, except for one variation. Dr. Stecchini cites the variation of Henry I as being the same as that of Athelstan, and quotes the measure Colonel Watson says was Henry's.

Dr. Stecchini says, "Athelstan prescribed that the king's girth shall extend from the royal residence for a distance of 3 miles, 3 furlongs, 9 acres, 9 feet, 9 palms, and 9 barleycorns. The King's girth was the area considered a direct extension of the King's place of residence and as such the area in which the King's peace was in force. This was the area in which attacks on private persons were crimes against the Crown" (344).

Acres can actually be of varying dimensions (as long as the sides enclose an area of the appropriate size), but the traditional standard of "a chain by a furlong" means that the breadth of the acre would correspond to 66 feet, so nine of these breadths would equal 594 feet.

The nine feet need no conversion to be expressed in feet, so we add 9 more feet to the total we are working towards in addition to the measurements above.

Was this just a lucky guess by Athelstan (who seems to have been quite precise in delineating the size of the area of protection around his residence)? Or, as is more likely, are our familiar English measurements derived from the size of our spherical globe? If so, the fact that the king's laws clearly dictate a distance related to the size of that globe shows that this fact was perhaps known by some even in the supposedly benighted ages in which Athelstan ruled.

There is much more that can be explored on this subject. The very insightful and thorough Martin Doutré has a discussion of ancient weights and measures and volumes on his website here, in which he presents evidence that these measurements "were already thousands of years old when King Athelstan pressed them anew into service." Dr. Richard L. Thompson has some interesting connections to ancient Hindu measures in an article which can be found here (note the significant precessional numbers that pop up in that discussion, including 108 and 432).

Suffice it to say that a serious study of ancient metrology appears to provide still further compelling evidence that ancient humanity achieved far more than we give them credit for. The records that they left are telling us quite plainly, if we would only listen.

Posted by David Warner Mathisen at 12:17 AM